(Reuters) - The new coronavirus is likely spreading through the air to some degree, the top U.S. 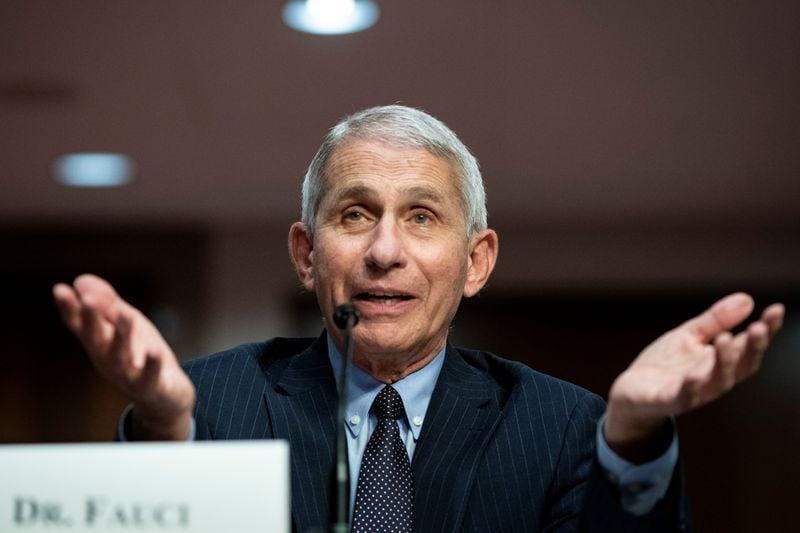 (Reuters) - The new coronavirus is likely spreading through the air to some degree, the top U.S. infectious disease official said on Friday, one day after the World Health Organization urged further studies on the ways the virus is transmitted.

"Still some question about aerosol but likely some degree of aerosol," Anthony Fauci, the head of the U.S. National Institute of Allergy and Infectious Diseases, said by video during a panel session at a COVID-19 conference organized by the International AIDS Society.

Fauci on Thursday had said it was a "reasonable assumption" that airborne transmission was occurring even though there was not a lot of solid evidence behind it. The WHO urged more studies on the issue.

The number of cases in the United States has surged to more than 3 million as states that quickly reopened bars and restaurants have reported sharp increases.

Fauci said that to battle the global virus, there needed to be multiple vaccine candidates. Vaccine makers are aiming to have hundreds of millions of doses ready for early next year and as many as 1 billion in some cases, he said.

"The companies that we are dealing with are already in discussions to start gearing up to make hundreds of millions of doses and a couple of the companies are promising that they would have a billion doses within a year or so after," Fauci said.

The United States has poured billions of dollars into vaccine efforts at Johnson & Johnson, Moderna, Novavax and AstraZeneca. J&J has said it is aiming for 1 billion doses. Pfizer and BioNTech are also pursuing a vaccine and have said they aim to have 1.2 billion doses by the end of 2021.