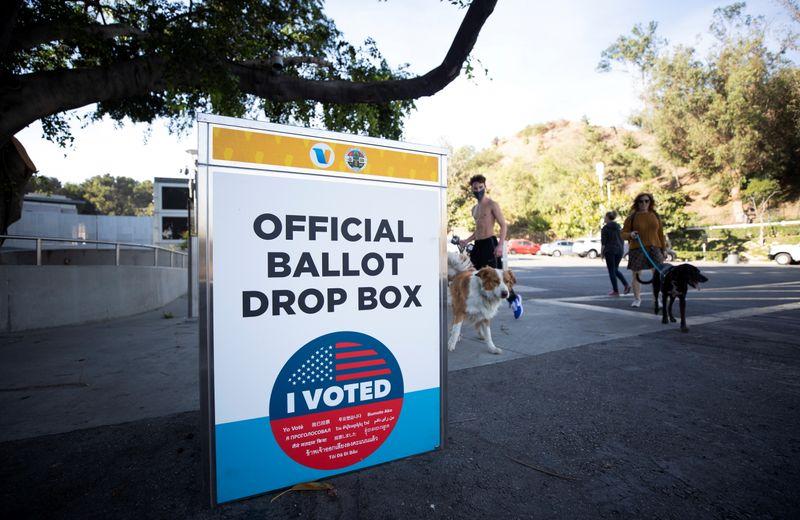 Messages on WhatsApp, owned by Facebook Inc, are confidential and cannot be seen by moderators who police misleading memes, claims and other content on the social media giant's flagship platform. Two billion users rely on WhatsApp's free app to chat with individuals and groups of up to 256 people.

Bantval, 56, chairs South Asians for Biden's five-member rapid response team, which has tracked dozens of concerning messages of unknown origin and crafted about 50 rebuttal graphics and texts over the last three months.

The volunteer group, which is recognized by Biden's campaign, is trying to fill WhatsApp's moderation void by joining big WhatsApp groups and asking community leaders to report items.

Fighting fake news on social media such as Facebook and Twitter has become standard practice for campaigns. But apps for secret messaging such as WhatsApp have flown under the radar despite serving as a crucial political forum among middle-aged Indians, Latinx and other immigrant groups.

South Asian voters, mostly Indian Americans, will be pivotal in the Nov. 3 contest in swing states such as Florida, North Carolina and Pennsylvania where results will be close and predict the national outcome, researchers and nonpartisan voting advocacy groups say.

About 72% of Indian-American registered voters plan to back Biden, according to a September survey by Carnegie Endowment. But South Asian Biden supporters and nonpartisan activists worry that misinformation on WhatsApp will affect turnout and support.

"There's just a lot of inaccurate information for an already confusing process," said Chavi Khanna Koneru, executive director of nonpartisan group North Carolina Asian Americans Together. "And this year is different for everybody because we're relying on virtual connections more than ever."

WhatsApp said its role in U.S. politics is small. But political misinformation on WhatsApp in Brazil, India and elsewhere prompted the service beginning in 2018 to limit recipients when forwarding messages.

It also introduced a chatbot that users can message to access fact checks by internationally recognized organizations. But when Reuters queried the system for topics in messages sent to South Asian voters, it generated zero results.

A campaign spokeswoman for Republican incumbent Donald Trump said WhatsApp was not a focus for its social media staff. But some misleading messages on the app target him over racial justice policies and alleged extramarital affairs, according to Indian voters from both parties.

"There's more on the Democratic candidates, but there is fake news about the Republican side, too," said Kannan Srinivasan, an Orlando businessman.

It is unclear where WhatsApp misinformation originates or whether the examples observed by Bantval and others are part of organized efforts. They said spelling and wording suggest some authors are Indian residents who view Trump as better for bilateral relations.

Other messages sent to South Asian voters in Texas and North Carolina, seen by Reuters, contain false claims that ballots will not count when voters select a Democrat in every contest or when election officials sign dropped off ballots.

Koneru estimated her North Carolina group spends about 15% of its time correcting inaccuracies about voting procedures on WhatsApp and other popular services compared with 2% during the 2016 presidential election.

"We do our best to jump in and clarify but there's so many WhatsApp groups," she said.