By Michael Martina (Reuters) - Democrats and Republicans chose Wisconsin and North Carolina, two battleground states that will help decide the Nov. 3 presidential election, to host their nominating conventions before the coronavirus forced them to scale back the events 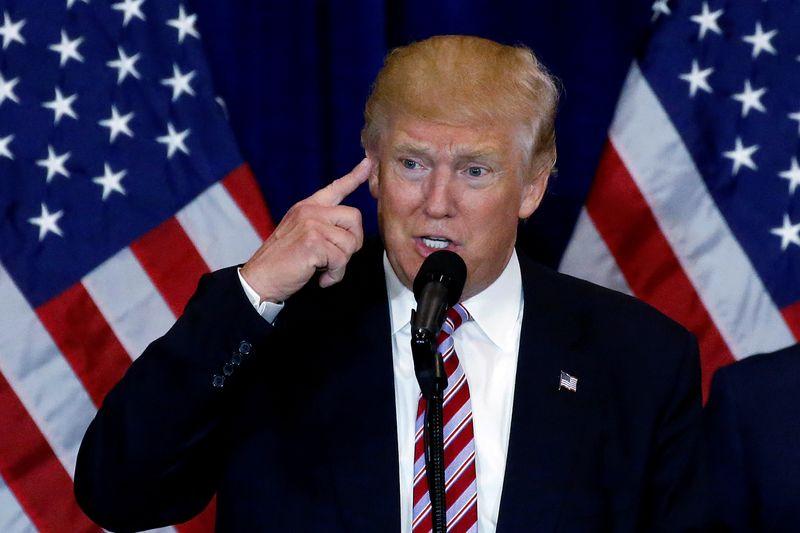 (Reuters) - Democrats and Republicans chose Wisconsin and North Carolina, two battleground states that will help decide the Nov. 3 presidential election, to host their nominating conventions before the coronavirus forced them to scale back the events.

Here is a look at how Republican President Donald Trump and Democratic challenger Joe Biden are faring in each of the politically important states.

Before the pandemic upended its plans, the Democratic Party's decision to hold this week's convention in Milwaukee highlighted the party's aim to take back the swing state Trump narrowly won in 2016.

Trump's upset victory over Democrat Hillary Clinton in Wisconsin by less than 1% of the vote nearly four years ago marked the first time the state had voted for a Republican in a presidential election since 1984. His victory there, along with Michigan and Pennsylvania, helped Trump seal his path to the White House.

This year, both Trump and Biden are making a play for the state, which would deliver 10 of the 270 electoral votes needed to win the U.S. presidency.

Trump has visited Wisconsin to tout progress on one of his key 2016 campaign promises: bringing manufacturing jobs back to the Midwest. He is scheduled to hold a campaign event in Oshkosh, Wisconsin, on Monday to attack Biden's record on jobs and the economy.

But Trump's handling of the coronavirus pandemic, and its lingering economic havoc, have tarnished his effort to use the economy as a selling point to voters.

Biden has led Trump in most recent opinion polls taken in the state. But an early advantage in polls did not help Clinton in Wisconsin, where turnout, particularly among Black voters not enthused by her candidacy, declined markedly in 2016 compared with 2012 for President Barack Obama's re-election.

Both campaigns have made Wisconsin one of their main targets for advertising, though Trump has significantly outspent Biden in recent months on television there, according to Advertising Analytics.

Election experts see the state as something of a firewall for Trump.

"If Trump doesn't win Wisconsin, he'd have to win in other places where he's less likely to win," said Kathleen Dolan, a political science professor at the University of Wisconsin, Milwaukee. "I think Pennsylvania and Michigan are harder reaches for him at this point than Wisconsin."

Likely to draw Trump's ire: Wisconsin election officials plan to send absentee ballot applications to more than 2.7 million registered voters as a safer alternative to casting votes in person during the pandemic. Trump has argued, without evidence, that voting by mail is susceptible to fraud.

Trump will be formally nominated for re-election by the Republican Party on Aug. 24 in Charlotte, North Carolina, after disagreement over how to safely hold the event saw it temporarily relocated to Florida until a surge of infections there sent it back to its original host state.

Trump won North Carolina and its 15 electoral votes by 3.6 percentage points over Clinton in 2016. The Southern state has gone consistently Republican in presidential elections since 1980, with the exception of Obama's victory there in 2008.

That makes Biden's slight lead in recent polls in the state a significant worry for the president.

Trump has hit North Carolina with a barrage of television ads, spending $25.9 million to run ads or reserve ad space between May and November, outspending the Biden campaign's $4.5 million over the same time frame, according to Advertising Analytics.

Biden could be helped by Democratic enthusiasm in the state's increasingly blue urban centers, eroding support for Trump in suburbs over his handling of COVID-19, and momentum from down-ballot races.

Democratic Governor Roy Cooper, who was at the center of a public spat with Trump over whether Charlotte should host a crowded Republican convention during a pandemic, is up for re-election and is leading his Republican challenger in the polls. Republican Senator Thom Tillis is locked in a competitive race with Democratic challenger Cal Cunningham that will be crucial to determining control of that chamber.

However, Trump won the state in 2016 despite being behind in the polls.

"People have been talking about North Carolina as a swing state since 2004," said Jody Baumgartner, a political science professor at East Carolina University in Greenville, North Carolina. "Obama won in 2008. That was it."