Factbox-When and how electors in key contested states cast their votes for U.S. president

(Reuters) - Democrat Joe Biden's journey to the White House is set to cross a key threshold on Monday when the U.S. 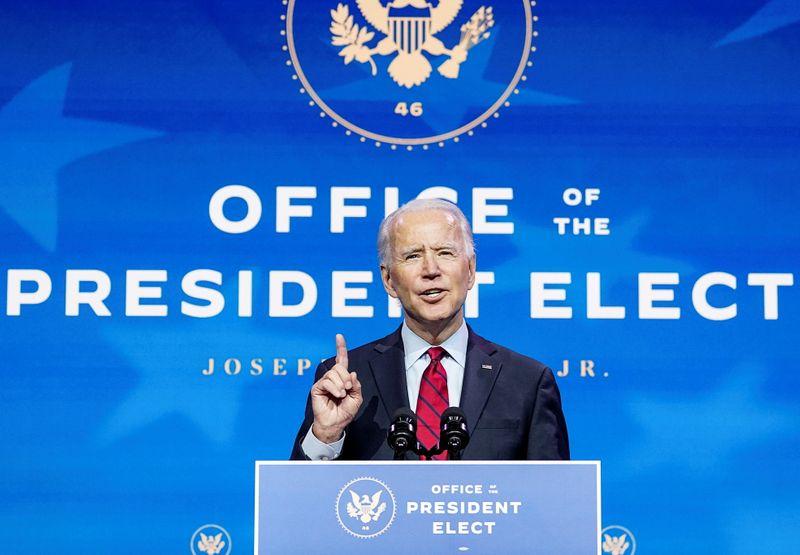 (Reuters) - Democrat Joe Biden's journey to the White House is set to cross a key threshold on Monday when the U.S. Electoral College formally picks the winner of November's presidential election amid an effort by President Donald Trump to reverse his loss.

Electors will gather in state capitols across the country on Monday to formally confirm Biden's win.

Below are key states where Trump is trying but failing to overturn Biden's victory through lawsuits and a pressure campaign on state officials to throw out the results and declare him the winner. State lawmakers and governors have largely dismissed the idea.

The state's 16 electors will meet in the state legislature's Senate chamber in Lansing, Michigan, at 2 p.m. local time (1900 GMT).

The state's 16 electors will meet in the Georgia State Capitol building in Atlanta at 12 p.m. local time (1700 GMT).

The state's 10 electors are expected to meet in the Wisconsin State Capitol building in Madison at 12 p.m. local time (1800 GMT).

The state's 20 electors are expected to meet in Harrisburg, though Pennsylvania's Department of State has not yet released details on the meeting.

The meeting of the state's six electors will be entirely virtual, taking place via Zoom at 8:30 a.m. local time (1630 GMT), according to the office of Nevada's Secretary of State, which is organizing the event.

The state's 11 electors will meet at 10 a.m. local time (1700 GMT) in Phoenix. The office of Arizona Secretary of State Katie Hobbs, which is organizing the event, has not disclosed the specific location where electors will meet, instead saying that the event would be broadcast live on Hobbs' Facebook page.