Factbox: What the U.S. Senate voted on in marathon COVID-19 'vote-a-rama'

WASHINGTON (Reuters) - U.S. Senate Democrats took the first step toward advancing President Joe Biden's $1.9 trillion COVID-19 relief plan through passage of a budget resolution, as they voted on a series of amendments in a marathon 'vote-a-rama' session that began on Thursday and lasted into early Friday. 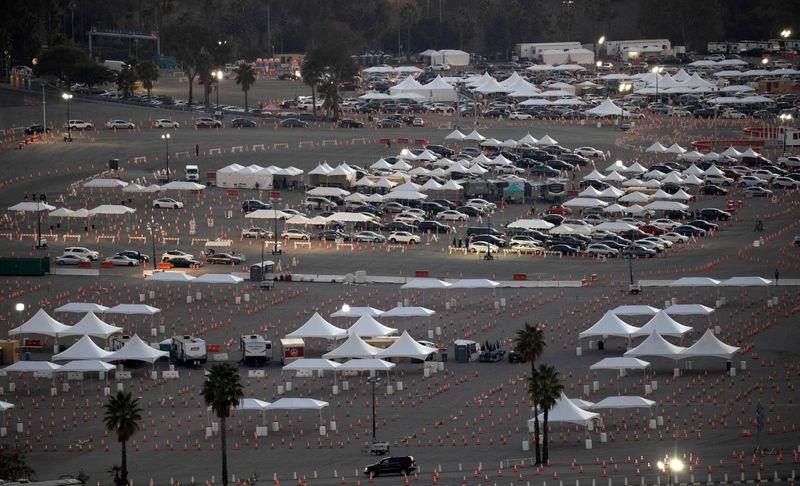 WASHINGTON (Reuters) - U.S. Senate Democrats took the first step toward advancing President Joe Biden's $1.9 trillion COVID-19 relief plan through passage of a budget resolution, as they voted on a series of amendments in a marathon "vote-a-rama" session that began on Thursday and lasted into early Friday.

None of the amendments are binding if passed. They are prescriptive, like the budget resolution itself, which instructs committees to get to work writing COVID-19 legislation. But Republicans seized the chance to get lawmakers on the record on contentious issues, and won some of them. Here are several of their proposals:

Senators Roy Blunt and Tim Scott wanted to withhold additional funding from schools that do not reopen for in-person learning after teachers have had the chance to get a COVID-19 vaccine. Their motion failed by the narrowest of margins, with 50 senators voting for and 50 against, short of a majority.

Schools across the United States are struggling with when to reopen after having largely shifted to remote learning during the pandemic. In Chicago, where teachers are not getting vaccinated yet, the teachers' unions are resisting reopening.

Senators Todd Young and Tom Cotton favor prohibiting any direct stimulus payments, such as the $1,400 checks Biden proposed, from being distributed to illegal immigrants. Their amendment passed on a bipartisan vote of 58-42, but was later reversed by Democrats.

Posts on social media claimed that illegal immigrants got such checks previously, but in fact only Americans with Social Security numbers could receive the aid.

NO TAX INCREASES ON SMALL BUSINESSES DURING THE PANDEMIC

Senators Marco Rubio and James Lankford proposed an amendment to protect small businesses from tax increases during the pandemic. Their motion passed unanimously, 100-0.

"There are no taxes on small business in this proposal," Senator Bernie Sanders said before the vote, referring to Biden's COVID-19 relief plan.

Biden wants to raise taxes on people with incomes over $400,000 a year, but it is unclear whether some small businesses organized as sole proprietorships could be caught up in such a tax increase.

Senator John Thune's proposal would ensure that medical professionals who traveled across the country to help fight the pandemic do not face increased state income tax bills because they worked in a state other than their ordinary place of employment. Thune's own state of South Dakota does not have a state income tax. The Senate agreed to his proposal on a voice vote.

Senator John Barrasso won approval, by a vote of 98-2, for a fund that would support elementary and secondary schools in states that lose revenue because of a federal moratorium on oil and natural gas leasing on public lands and offshore waters.

Senator Mike Braun's amendment, approved 57-43, aims to discourage the Biden administration from prohibiting hydraulic fracking to help extract oil and natural gas from underground. Biden has said that he does not intend to ban the practice as part of his drive to move the nation away from fossil fuels. Democrats later overturned the amendment.

Senator Steve Daines won some symbolic support for the troubled Keystone XL pipeline project that would pump oil sands crude from Alberta, Canada, to Nebraska. By a vote of 52-48, the Senate went on record as wanting to improve U.S.-Canada relations with regard to the pipeline. Democrats later reversed it.

Biden formally revoked the permit for the project in one of his earliest acts as president.

Senator Joni Ernst argued that more than doubling the federal minimum wage to $15 an hour during a pandemic would be ruinous. Her amendment to block Democrats from doing so won unanimously after Senate Budget Committee Chairman Bernie Sanders said Democrats aim to raise the wage gradually, over five years.