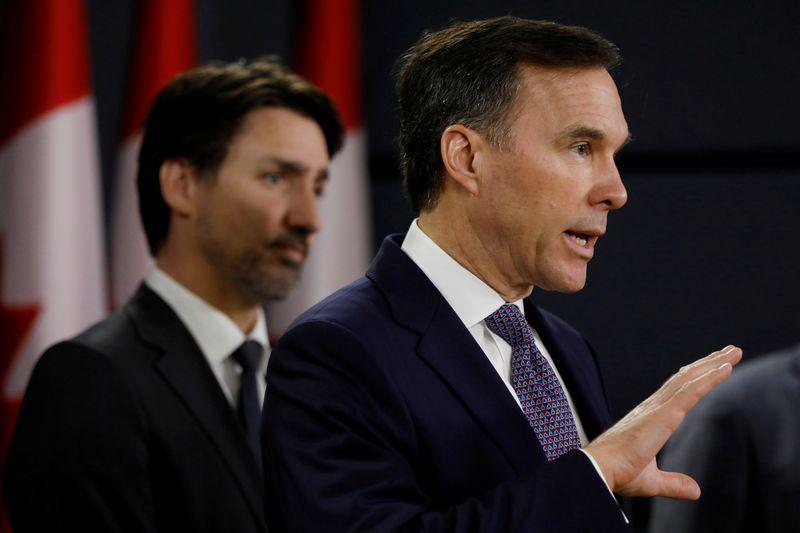 Morneau, 57, said he would also step down from his parliamentary seat and put his name in the running for next secretary general of the Organization of Economic Cooperation and Development (OECD).[L1N2FJ1XQ]

Morneau ran for political office in 2015 in Toronto Centre, a dense riding of both inner city social housing and million dollar condos. He won his seat by a large margin and was named finance minister on November 4, 2015. It is rare for rookie parliamentarians to be named to the high-profile posting.

Morneau had struggled with the politics of his job, often appearing uncomfortable in the media spotlight and when confronted by opposition lawmakers in Question Period. Even before COVID-19, he presided over billions in new debt being added to Canada's deficit.

Among his successes, Morneau reached a deal with the provinces and territories in 2016 to expand Canada's old-age safety net, the Canada Pension Plan.

Morneau has also been seen as a steady hand in Canada's response to the COVID-19 crisis, implementing various emergency response benefits credited with helping buffer the impact of broad-based shutdowns.

Morneau is facing pressure over his failure to promptly repay travel expenses covered for him by a charity at the heart of an ethics investigation. Canada's ethics watchdog is investigating Morneau's role in a decision to award that same charity a contract to run a large grant program. Trudeau is also under an ethics probe in the matter.

Morneau was previously fined by the ethics commissioner in 2017 for failing disclose his ownership stake in a private real estate holding company in France that owns a vacation villa used by his family.

He also faced criticism in 2017 for failing to put his Morneau Shepell shares into a blind trust upon being appointed finance minister. An ethics investigation determined that this did not put him in a conflict of interest position. Morneau sold his shares and placed his other assets into a blind trust.

(Reporting by Julie Gordon in Ottawa; Editing by Cynthia Osterman)