(Reuters) - President Donald Trump's push to crack down on illegal immigration and overhaul the legal immigration system was at the heart of the Republican's 2016 campaign and remained at the forefront of his White House agenda. During four years in office, the Trump administration erected a multitude of new bureaucratic hurdles for immigrants seeking to enter or stay in the United States through policy changes - more than 400 by one count - including executive orders, regulations and revised internal guidance 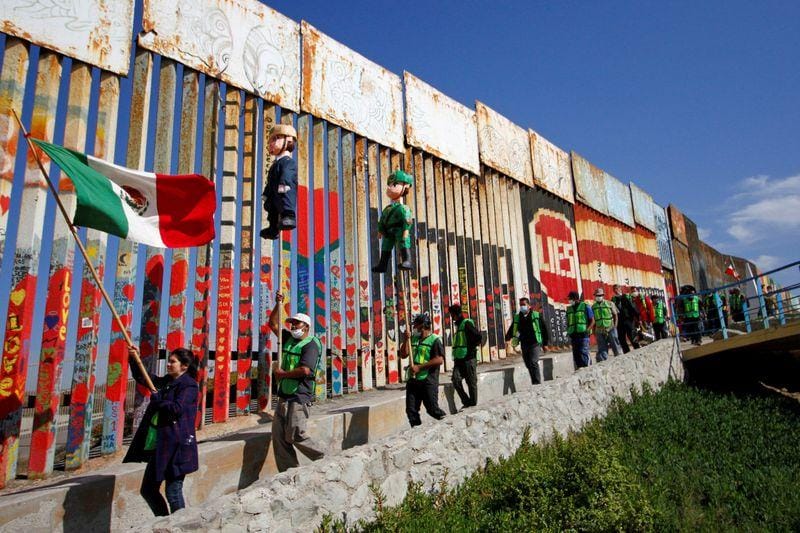 (Reuters) - President Donald Trump's push to crack down on illegal immigration and overhaul the legal immigration system was at the heart of the Republican's 2016 campaign and remained at the forefront of his White House agenda.

During four years in office, the Trump administration erected a multitude of new bureaucratic hurdles for immigrants seeking to enter or stay in the United States through policy changes - more than 400 by one count - including executive orders, regulations and revised internal guidance.

The changes have affected the lives of hundreds of thousands of people in the United States and around the world and aroused criticism at home and abroad.

Now, following his Nov. 3 election defeat by Democrat Joe Biden, the president is pushing to finalize restrictions in a last-gasp effort that could make it more difficult to reverse his policies.

Here are some of Trump's most significant actions on immigration in the past four years.

Just days after assuming office in January 2017, Trump signed an order banning entry to immigrants from seven Muslim-majority countries, a move critics said discriminated against Muslims. A federal court blocked the initial ban, but in 2018 the Supreme Court upheld an amended version that has since been expanded to other countries. Biden has said he will reverse the ban.

The Trump administration cut the U.S. refugee program to its lowest level since it began in 1980. The United States said it would accept just 15,000 refugees in the 2021 fiscal year, which began in October. Biden has pledged to raise that cap to 125,000.

Trump decided to end the Deferred Action for Childhood Arrivals (DACA) program put in place by the administration of President Barack Obama, in which Biden served as vice president. DACA protects immigrants, popularly known as "Dreamers," who were brought to the United States as children but lack legal status.

The U.S. Supreme Court ruled in June against the administration, finding its rescission in 2017 was "arbitrary and capricious."

Biden has pledged to protect the DACA program, which grants deportation relief and work permits to about 646,000 mostly Hispanic young adults, but does not provide them a path to citizenship.

Through a barrage of policy changes, including those put in place during the coronavirus pandemic, the Trump administration effectively blocked most pathways to seeking asylum in the United States.

Through one of its flagship programs, the Migrant Protection Protocols, the Trump administration forced tens of thousands of asylum seekers to wait in Mexico for their cases to be adjudicated.

It also issued regulations that tightened who is eligible to apply for asylum and negotiated agreements that allowed the United States to send Central American asylum seekers to neighboring countries. Biden has promised to "reassert America's commitment to asylum-seekers," but unraveling policies in place at the U.S.-Mexico border will be challenging.

During his later years in office, Obama focused on deporting immigrants with criminal records. Trump shifted that focus in a January 2017 executive order, stressing that no immigration violators would be automatically spared from enforcement. In fiscal 2019, the percentage of immigrants who had no criminal convictions but were arrested by federal immigration officers more than doubled compared with fiscal 2016, the last full year under Obama.

The policy, described by the administration as a deterrent,sparked outrage and the backlash led Trump to sign an executiveorder to end the practice. The incoming Biden administration said it would create a task force to try to reunite hundreds of families still separated. [L1N2HK42N]

Trump's promises to build a wall along the U.S.-Mexico border were the centerpiece of his hard-line immigration rhetoric during the 2016 campaign. More than 400 miles (644 km) of wall, mostly replacement of existing fencing, has been built so far, and the administration is still seeking to seize land for the barrier. Biden's campaign website called the wall "a waste of money" and he has vowed to halt construction.