Factbox: The foreign policy issues that divide Trump and Biden 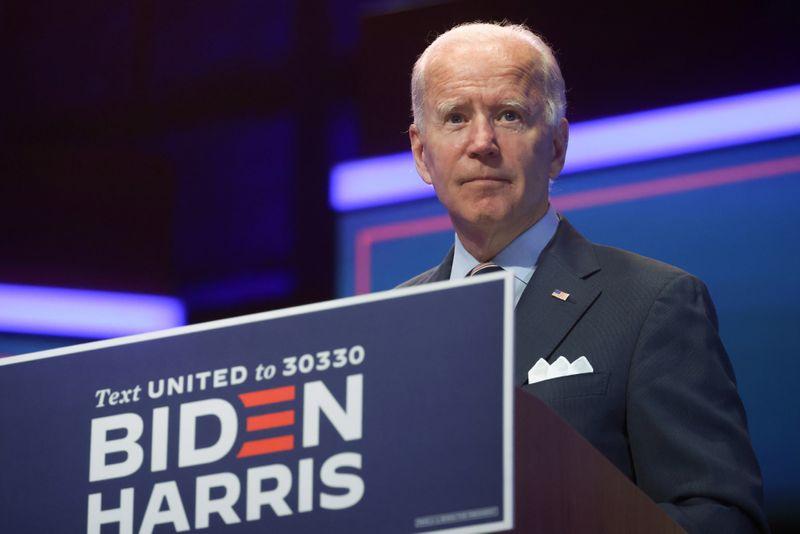 By Simon Lewis and Michael Martina

In the Nov. 3 election, he will face off against Democratic former Vice President Joe Biden, who pledges to restore U.S. global leadership and reverse many of Trump's actions.

Under Trump, U.S.-China relations have slid to their lowest levels in recent history over a wide range of issues. Trump says he is the first president in decades to stand up to Beijing, and his campaign accuses Biden of appeasing China as U.S. manufacturing jobs declined.

Biden has countered that Trump's handling of the coronavirus pandemic was a historic blunder, and that he disregarded U.S. intelligence community warnings over China downplaying its severity.

Trump began a trade war with China before reaching a partial Phase 1 trade deal in January. He has since shut the door on Phase 2 negotiations, expressing unhappiness with Beijing's handling of the pandemic. [nL2N2EL22T]

Biden argues that China relishes a chaotic Trump administration, his alienation of American allies, and his abdication of U.S. leadership roles in global institutions.

Biden says he will correct this by bringing multilateral pressure to bear on China through renewed relations with U.S. allies.

Trump has questioned the benefits of U.S. military interventions in the Middle East, especially the 2003 Iraq invasion, and pulled out of a nuclear deal reached with Iran, European nations and Russia under President Barack Obama.

But Trump sent more troops to the region after the withdrawal increased tensions with Iran.

Biden has said he would deal with Iran through diplomacy and re-enter the agreement, but only if Iran first resumed complying with the deal's restrictions on its nuclear program.

Biden said the strike "put the United States and Iran on a collision course" and proposes a narrower focus for the U.S. military in the region on counterterrorism and working with local allies.

Biden wants to end U.S. support for Saudi Arabia's war in Yemen, which Trump has defended.

Trump met with North Korea's supreme leader Kim Jong Un three times in 2018 and 2019, but efforts to get Kim to abandon the country's nuclear weapons program have stalled.

Biden has accused Trump of giving away U.S. leverage over the North Korean regime for little in return and said he would not meet Kim without preconditions.

Trump has said he wants a full military withdrawal from Afghanistan to end America's longest war.

In February, the Trump administration reached a deal with the Taliban on phased U.S. force reductions, but it was dependent on the Islamist militant group meeting conditions.

Biden contends he will bring the vast majority of U.S. troops home from Afghanistan and narrowly focus the mission there on fighting al Qaeda and Islamic State.

Like past presidents, Trump has pledged to secure peace between Israel and the Palestinians. But, as before, that goal has proven elusive.

The administration moved the U.S. embassy to Jerusalem in 2018, a show of support for Israeli Prime Minister Benjamin Netanyahu that angered the Palestinians and their supporters.

The following year, the administration formally recognized Israeli sovereignty over the Golan Heights, which Israel captured from Syria in 1967, reversing a long-standing U.S. policy and irking other countries.

In August, in a rare victory for U.S diplomacy in the region, Trump brokered a deal between Israel and the United Arab Emirates, which agreed to normalize diplomatic relations. Israel said it would suspend planned annexations of parts of the occupied West Bank.[nL1N2FF158]

Bahrain joined the UAE in September in agreeing to normalize relations. [nL1N2G112X]

Biden welcomed the agreements and said if elected he would "leverage these growing ties into progress toward a two-state solution" in the Middle East.

Biden would rejoin the Paris climate agreement and strengthen alliances like NATO, moves he says would undo damage to American leadership and credibility inflicted by Trump.

The president has angered NATO members and other U.S. allies, while refusing to criticize Russian leader Vladimir Putin, even when U.S. intelligence officials concluded Russia's military had interfered in the 2016 presidential election. Biden has warned that Russia, China and others who try to interfere in U.S. elections will face serious consequences if he is elected.

Trump announced in June that he would reduce the number of U.S. troops in Germany by about 9,500, prompting criticism from Democrats and fellow Republicans who argue the U.S.-German alliance helps counter Russia and China's influence.

Biden campaign aides say they are troubled by the move, and that Biden would revisit the issue as president. [nL1N2EF2OQ]