Factbox - Latest on coronavirus spreading in China and beyond

(Reuters) - Here are the latest developments around the coronavirus outbreak: * China's death toll reached 1,367 as of the end of Wednesday, up 254 from the previous day, the country's National Health Commission said on Thursday. 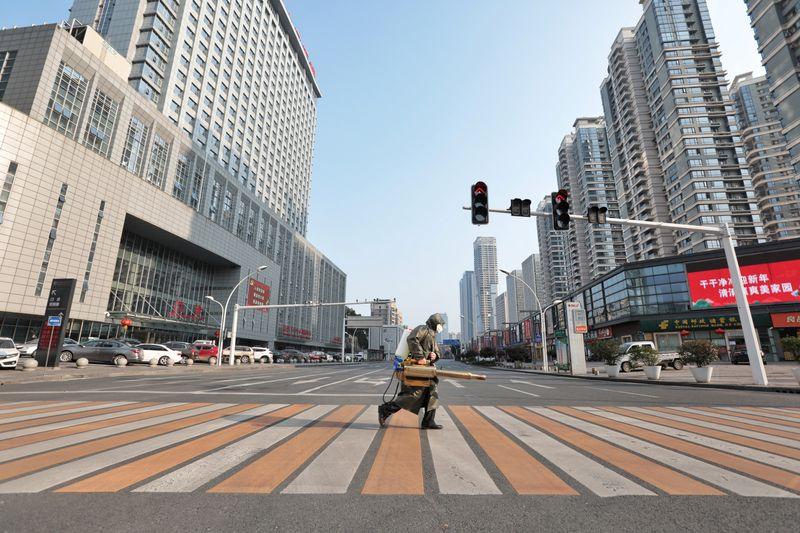 (Reuters) - Here are the latest developments around the coronavirus outbreak:

* China's death toll reached 1,367 as of the end of Wednesday, up 254 from the previous day, the country's National Health Commission said on Thursday. Across mainland China, there were 15,152 new confirmed infections on Wednesday, bringing the total number to 59,805, it said.

* Hubei reported a record rise in deaths and thousands more cases on Thursday under a new diagnostic method, which uses computerised tomography (CT) scans to look for infections. It had previously allowed infections to be confirmed only by RNA tests, which can take days to process and delay treatment.

* The surge on Wednesday came a day after China reported its lowest number of new cases in two weeks, bolstering a forecast by Beijing's senior medical adviser that the epidemic will end by April.

* The sharp rise in the number of coronavirus deaths and infections unnerved world markets on Thursday, as traders halted the rally in stocks and retreated to the safety of government bonds and gold.

* China's Huanggang, near the epicentre of the outbreak, said on Thursday that starting from Friday it would tighten epidemic controls including sealing residential complexes and only allowing essential vehicles on roads.

* A woman has died from the coronavirus in Japan, the first such death in the country, the health minister said on Thursday. Two taxi drivers have also tested positive. Earlier, two other deaths from the virus outside of mainland China were reported in Hong Kong and the Philippines.

* Forty-four cases have been detected on the Princess Diamond cruise ship quarantined off Japan's coast. The Japanese health minister said on Thursday the end of the quarantine was targeted for Feb. 19, but elderly passengers with pre-existing conditions or windowless rooms would be allowed to leave earlier.

* Cruise ship MS Westerdam docked in Cambodia after being denied docking rights in Thailand, Japan, Taiwan, Guam and the Philippines over fears one of its 1,455 passengers and 802 crew might have the virus, even though none had tested positive.

* Philippine President Rodrigo Duterte rejected on Thursday Taiwan's appeal to lift a ban on its citizens visiting the country, saying his primary concern was the safety of Filipinos.

* Vietnam has quarantined a community of 10,000 people near Hanoi for 20 days, two local officials told Reuters on Thursday.

* Hong Kong extended the suspension of schools until at least March 16.

* Major shopping mall landlords in Hong Kong are offering cuts in February rent by as much as 60% to help tenants ride out the effects of the outbreak, which has emptied shopping centres and closed down tourist attractions.

* Australia will maintain its entry ban on foreign nationals from mainland China for another week, Prime Minister Scott Morrison said on Thursday.

* The number of confirmed cases in Britain rose to nine. The latest patient had caught the virus in China.

* A second person evacuated from Wuhan to a U.S. Marine base near San Diego has been diagnosed with the virus, raising the tally of confirmed cases in the United States to 14.

* The World Health Organization (WHO) warned on Wednesday that any apparent slowdown in the spread of the epidemic should be viewed with "extreme caution". "This outbreak could still go in any direction," WHO chief Tedros Adhanom Ghebreyesus said.

* The Red Cross called for an urgent exemption from sanctions on North Korea on Thursday to help prevent an outbreak.

* North Korean media announced the quarantine period had been extended to 30 days, and that all government institutions as well as foreigners living in North Korea were expected to obey it "unconditionally".

(Compiled by Uttaresh.V and Sarah Morland; Editing by Arun Koyyur and Tomasz Janowski)