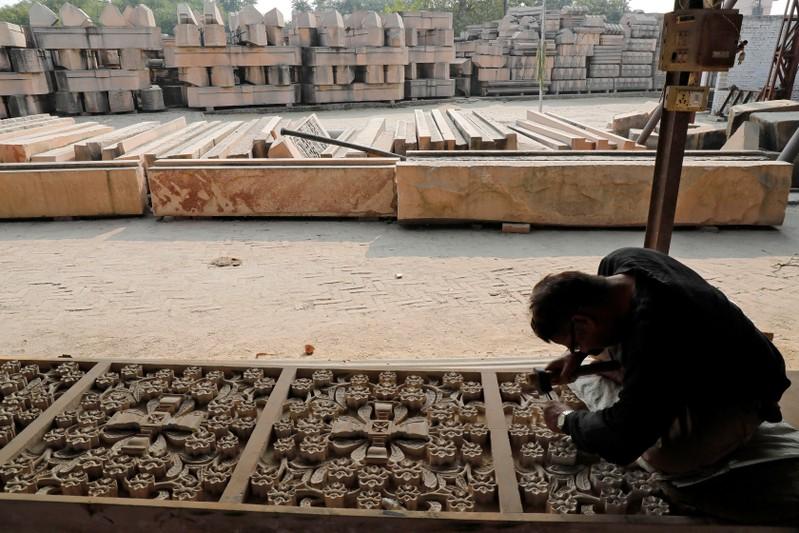 (Reuters) - The demolition of a centuries-old mosque by a Hindu mob in the Indian holy town of Ayodhya in late 1992 sparked deadly religious riots around the country, killing about 2,000 people.

The minority Muslim community in the town feels under siege once again, with some saying tensions are running at their highest levels since the riots, as Hindu groups intensify demands for the construction of a Hindu temple on the same site.

Here are key facts about the disputed site, sourced from court and government documents.

WHAT'S THE DISPUTE ABOUT?

The Hindu epic scripture Ramayana mentions Ayodhya, located in the northern Indian state of Uttar Pradesh nearly 700 km (435 miles) from New Delhi, as the birthplace of the Hindu god-king Ram. He is believed to be a physical incarnation of Lord Vishnu, one of the principal deities of Hinduism.

In 1528, a mosque was constructed in Ayodhya under India's first Mughal ruler, Babur. Many Hindus believe it was built on the exact birthspot of Lord Ram, where there is some evidence that a Hindu temple had once stood.

In December 1949, some Hindu activists placed idols of Ram inside the disputed structure, leading to the mosque's seizure by authorities. Court orders restrained people from removing the idols, and the structure's use as a mosque effectively ceased from that point.

Hindu and Muslim groups filed separate claims over the site and the structure. In 1989, the Allahabad High Court ordered the maintenance of the status quo.

Then in 1991, when the Hindu nationalist Bharatiya Janata Party (BJP) of current Indian Prime Minister Narendra Modi came to power in Uttar Pradesh, the campaign for the construction of a Ram temple grew.

The state government started acquiring land adjoining the disputed structure, with the idea that Hindu volunteers would build a temple there without touching the mosque. But the proposal was rejected by a state court.

On Dec. 6, 1992, a group of Hindus who had gathered for a rally near the site climbed the mosque and started damaging the domes with axes and hammers. Within a short time, the entire structure was razed to the ground.

The then President of India, Shankar Dayal Sharma, assumed all the functions of the Uttar Pradesh government and dissolved the state assembly. The federal government acquired all the disputed land, expanding the area to 67.7 acres through an executive order in 1993.

In September 2010, the Allahabad High Court ruled that the main site where the mosque once stood should be split into three parts, one for Muslims and two for Hindus.

In its order, the court laid out the difficulty in making a decision on such a sensitive topic.

"Here is a small piece of land where angels fear to tread. It is full of innumerable landmines. We are required to clear it," the three-judge bench wrote.

"Some very sane elements advised us not to attempt that. We do not propose to rush in like fools lest we are blown. However we have to take risk. It is said that the greatest risk in life is not daring to take risk when occasion for the same arises."

In late 2010, both Muslim and Hindu groups challenged the division of the site in the Supreme Court, where it remains unresolved. In October, the top court again delayed a hearing on the matter until at least January, enraging Hindu groups. [nL3N1X91Y8]

Modi's BJP said in its 2014 general election manifesto that it would "explore all possibilities within the framework of the constitution" to facilitate the construction of a Ram temple at the disputed site.

As Hindu hardline groups intensify the pressure on the government, Uttar Pradesh Chief Minister Yogi Adityanath, a Hindu priest and BJP leader, has promised a "grand" statue of Lord Ram in Ayodhya. He has also changed the name of the district where Ayodhya town is located from Faizabad, which has Muslim origins, to Ayodhya.

Modi, who has adopted "development for all" as his driving philosophy, has not commented on the temple issue since coming to power.Rahul Gandhi, the president of the main opposition Congress party, has also stayed away from the controversy, but his party colleagues have said any law allowing the construction of the temple would be unconstitutional because the matter is before the Supreme Court.

Muslim leader Haji Mahboob Ahmad, who lives in Ayodhya and is a petitioner in the court case, says tensions are running high in the town but that he would continue to demand the reconstruction of a mosque on the disputed site.