By Foo Yun Chee BRUSSELS (Reuters) - Facebook said on Monday it will strengthen its rules and safeguards around political adverts to prevent foreign interference in elections, including those in Europe this year. The world's largest social network has faced pressure from regulators and the public after last year's revelation that British consultancy Cambridge Analytica had improperly acquired data on millions of U.S 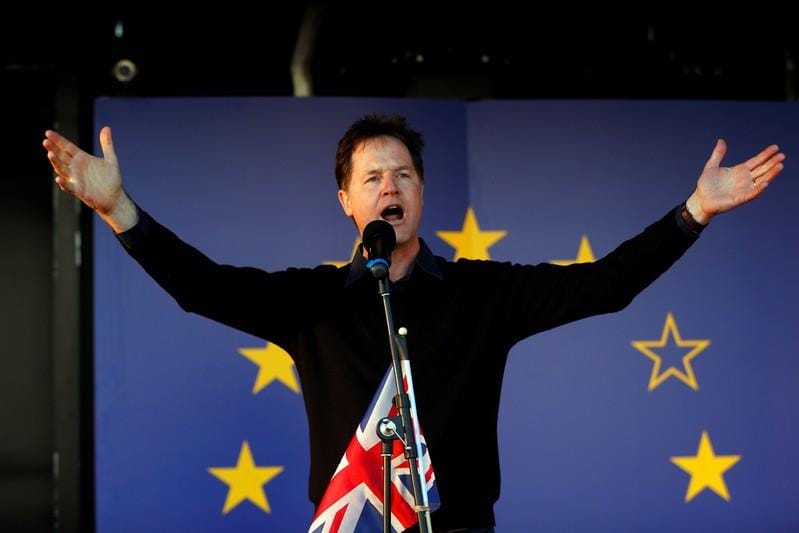 BRUSSELS (Reuters) - Facebook said on Monday it will strengthen its rules and safeguards around political adverts to prevent foreign interference in elections, including those in Europe this year.

The world's largest social network has faced pressure from regulators and the public after last year's revelation that British consultancy Cambridge Analytica had improperly acquired data on millions of U.S. users to target election advertising.

Fears about misinformation and interference have intensified with elections due this year for the European Parliament and several EU countries including Belgium and Finland.

"We will require those wanting to run political and issue ads to be authorised, and we will display a 'paid for by' disclaimer on those ads," Facebook's recently-appointed head of global affairs Nick Clegg told a news conference.

Clegg, a former British deputy prime minister hired by Facebook in October last year, said the new tools to be launched in late March aim to help protect the integrity of European Union elections due to be held this spring.

Facebook said that the transparency tools for electoral ads would be expanded globally before the end of June, while the tools would be in launched in India in February before its elections and in Ukraine and Israel before polls in both.

"We now have more than 30,000 people working on safety and security across the company, three times as many as we had in 2017," the company said in a statement.

The new tools are similar to those adopted for the U.S. mid-term elections, Clegg said, with all political ads stored in a publicly searchable library for up to seven years.

This will contain information such as the amount of money spent and the number of impressions displayed, who paid for them and the demographics of those who saw them, including age, gender and location.

The new tools will also cover 'issue ads' which do not explicitly back one candidate or political party but which focus on highly politicised topics like immigration.

Facebook said it will also set up two new regional operations centres focused on monitoring election-related content in its Dublin and Singapore offices.

"These teams will add a layer of defense against fake news, hate speech and voter suppression," it said

Clegg also addressed allegations that Facebook sells user data, saying this was not the case.

"Selling people's information to advertisers would not only be the wrong thing to do, it would undermine the way we do business, because it would reduce the unique value of our service to advertisers," he said.

Facebook has no plans to swap its ads-only business model for a fee-paying service, Clegg said, responding to calls by some as a way to stave off privacy issues.

"We want Facebook to be a universal service. We believe that anyone should be able to connect to anyone else. The best way to do this is to offer the service for free - and that's what the advertising model allows us to do," he said.