Explainer: Why might Israel be heading to another snap election?

By Maayan Lubell JERUSALEM (Reuters) - Israel moved closer towards a new national election on Monday as Prime Minister Benjamin Netanyahu struggled to form a government only six weeks after winning an April ballot. 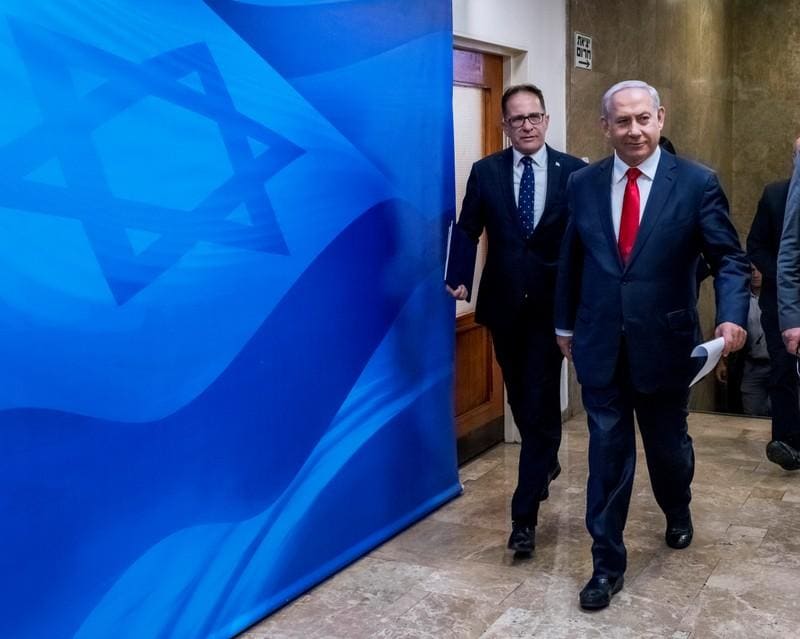 JERUSALEM (Reuters) - Israel moved closer towards a new national election on Monday as Prime Minister Benjamin Netanyahu struggled to form a government only six weeks after winning an April ballot.

Here are the reasons and implications:

WHEN WILL THE ELECTION BE HELD?

Parliament's vote on Monday to dissolve itself was only preliminary, meaning a solution to the crisis in coalition talks could still be reached and an election averted. If that does not occur by the Wednesday deadline, the Knesset would proceed with three more votes needed to finalise its own dissolution and schedule an election to take place within five months.

WHY DID PARLIAMENT VOTE TO DISSOLVE?

After the April 9 election, Netanyahu won the mandate from Israel's president to form the next government, backed by a right-wing and religious majority of factions in the Knesset. But coalition talks are at a deadlock. If he fails to announce a new administration on Wednesday, President Reuven Rivlin can choose another lawmaker to try. That could open the way for former military chief Benny Gantz, leader of Likud's rival, centrist Blue and White party, to get the nod. Parliament's dissolution and a new election would pre-empt that.

WHY DID NETANYAHU FAIL TO FORM A GOVERNMENT?

Netanyahu is facing possible indictment in three corruption cases, in which he has denied all wrongdoing. That has made him more politically vulnerable to demands by prospective coalition partners.

Divisions that have emerged between former Defence Minister Avigdor Lieberman's ultra-nationalist Yisrael Beitenu party and Netanyahu's Likud together with United Torah Judaism over a military conscription bill governing exemptions for ultra-Orthodox Jewish seminary students have plunged the coalition talks into stalemate. The April election was brought forward from November 2019 over the same sticking point.

But some commentators and members of Netanyahu's Likud party have suggested Lieberman's real motive is to ultimately succeed the veteran leader and that he is using the conscription bill and coalition stalemate to weaken him politically.

Lieberman has denied this.

WHAT DOES THIS MEAN FOR THE ISRAELI-PALESTINIAN CONFLICT?

The situation could spell a delay to U.S. President Donald Trump's new peace plan. Trump's team, headed by his Middle East adviser and son-in-law Jared Kushner, is set to unveil its peace plan at an international investment conference in Bahrain in late June. Prospects for a breakthrough are already dim and an Israeli election could put off the plan even further because Trump may want to wait until a government is in place before he moves forward. Trump has touted the plan as the "deal of the century" but Palestinian officials have already spurned the U.S. effort, which they believe will be heavily biased in favour of Israel.

WHO WOULD BE NETANYAHU'S MAIN ELECTION CHALLENGER?

Benny Gantz, a popular former general, in the last election emerged as a real political threat to Netanyahu.

He heads the nascent Blue and White party, which - riding a campaign of clean government, peace and security - won 35 seats in the Knesset, the same as Netanyahu's Likud.

HOW WOULD AN ELECTION AFFECT NETANYAHU'S LEGAL PREDICAMENT?

It could mean bad news for Netanyahu.

The Knesset's dissolution could stall moves currently floated by Likud to have parliament grant him immunity from prosecution, leaving the way open for his possible indictment while in office. Israel's attorney-general has said he intends to charge Netanyahu with bribery and fraud pending a pre-trial hearing, scheduled for October.

Netanyahu has vowed not to resign, even if indicted, and he is under no legal obligation to do so.