Explainer: Why is Taiwan-China tension rising and what are the risks?

TAIPEI (Reuters) - China sent numerous aircraft close to Taiwan during two days of drills from Friday, causing the island's air force to scramble, as Beijing expressed anger at the visit of a senior U.S. official to Taipei. WHY IS TENSION RISING NOW 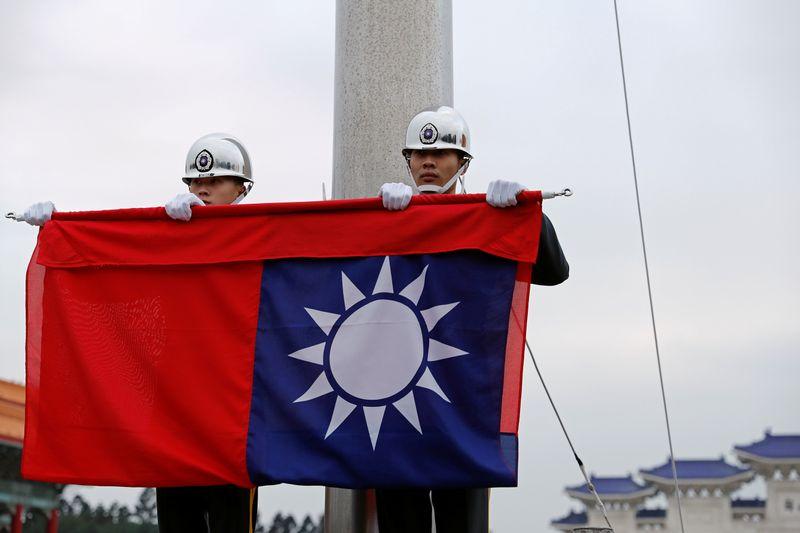 TAIPEI (Reuters) - China sent numerous aircraft close to Taiwan during two days of drills from Friday, causing the island's air force to scramble, as Beijing expressed anger at the visit of a senior U.S. official to Taipei.

WHY IS TENSION RISING NOW?

China claims democratically-run Taiwan as its own territory, to be taken by force if needed, a threat the island has lived with since 1949, when defeated Kuomintang, or Nationalist, forces fled there after their defeat by the Communists in the Chinese civil war.

China has been angered by stepped-up U.S. support for Taiwan, including two visits in as many months by top officials, one in August by Health Secretary Alex Azar and the other last week by Keith Krach, the undersecretary for economic affairs.

In addition, the United States is planning major new arms sales to Taiwan. China views all these steps as effectively being U.S. support for Taiwan independence, with the eventual establishment of a Republic of Taiwan, a red line for Beijing.

Taiwan President Tsai Ing-wen says the island is already an independent country called the Republic of China, its formal name, and that the People's Republic of China has never ruled Taiwan and has no right to.

China calls Taiwan its most important and sensitive issue in U.S. ties. For China's ruling Communist Party, Taiwan is the last part of the nation still awaiting "liberation" after the 1949 victory, adding an extra historical significance.

WHAT ARE THE RISKS?

Taiwan and China do not have an official dialogue mechanism, meaning that any accidental clash between their fighter jets, for example, could quickly spiral out of control.

A conflict over Taiwan may suck in the United States and its Asian allies, though it is an open question whether Washington would, or could, come to Taipei's aid.

China may quickly overwhelm Taiwan with missile and cyber attacks before the United States even has a chance to respond.

However, any war would be damaging for China too, in terms of its international reputation and economically, especially if it is subject to broad Western economic sanctions.

WHY IS TAIWAN STRATEGICALLY IMPORTANT?

Not only is Taiwan in a key geographic location on the edge of the Pacific between the disputed South China Sea and Japan, but it is a tech powerhouse, home to the world's biggest contract chipmaker, Taiwan Semiconductor Manufacturing Co Ltd <2330.TW>.

The United States views China's tech firms as a security risk and has moved to cut off its access to advanced chips, including those from Taiwan.

HOW DO THE ARMED FORCES OF THE TWO SIDES COMPARE?

Taiwan's military is well-trained and well-armed, but is dwarfed by China's People's Liberation Army, which is adding stealth fighters, aircraft carriers and advanced missiles in the throes of an impressive modernisation programme.

Tsai has made upgrading Taiwan's military a priority, stressing "asymmetric warfare", to make any attack as painful and as difficult for China as possible. This could include, for example, pinpoint strikes by long-range missiles on targets in China.

WHAT WOULD HAPPEN IN A WAR BETWEEN TAIWAN AND CHINA?

While China could easily overwhelm Taiwan with missiles and air attacks, it has other options to bring the island to its knees, such as cyberattacks to take down basic infrastructure, or a naval blockade to force surrender.

Whatever happens, the reaction of the United States will be crucial.