Explainer: The U.S. triggered a 'snapback' of U.N. sanctions on Iran, what does that mean? 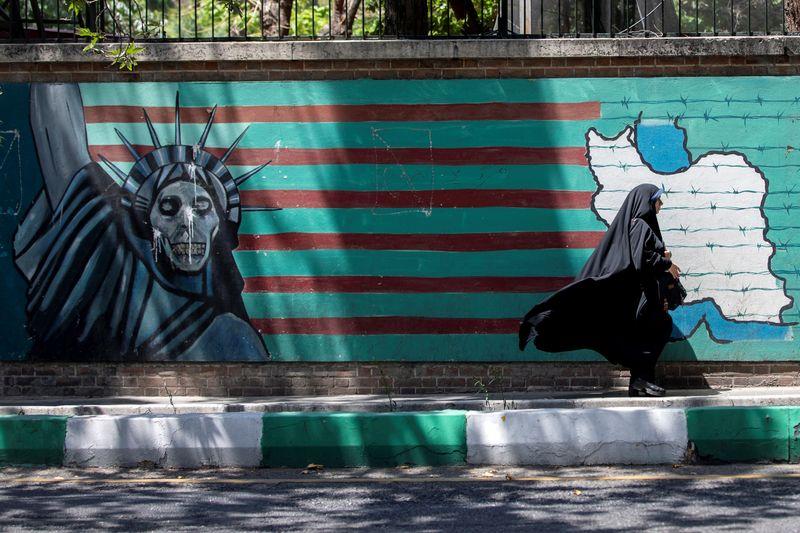 NEW YORK (Reuters) - U.S. President Donald Trump's administration on Thursday triggered a process aimed at restoring all U.N. sanctions on Iran after the U.N. Security Council rejected a U.S. bid to extend a conventional arms embargo on the country.

Here is a look at the events leading to this showdown and an explanation of what could happen next.

WHY IS THE ARMS EMBARGO ON IRAN EXPIRING?

The Security Council imposed an arms embargo on Iran in 2007.

The embargo is due to expire in mid-October, as agreed to under the 2015 nuclear deal among Iran, Russia, China, Germany, Britain, France and the United States that seeks to prevent Tehran from developing nuclear weapons in return for economic sanctions relief. That accord is enshrined in a 2015 Security Council resolution.

In 2018, U.S. President Donald Trump quit the accord reached under his predecessor Barack Obama, calling it "the worst deal ever."

The United States failed on Friday in a bid to extend the Iran embargo at the Security Council.

WHAT DOES THIS MEAN FOR THE 2015 NUCLEAR DEAL?

The remaining parties to the nuclear deal have said they are committed to maintaining the 2015 agreement.

Iran's Foreign Minister Mohammad Javad Zarif has described the next few weeks and months as critical.

WHAT SANCTIONS WOULD SNAP BACK?

A snapback of U.N. sanctions would require Iran to suspend all nuclear enrichment-related and reprocessing activities, including research and development, and ban imports of anything that could contribute to those activities or to the development of nuclear weapon delivery systems.

It would reimpose the arms embargo, ban Iran from developing ballistic missiles capable of delivering nuclear weapons and bring back targeted sanctions on dozens of individuals and entities. Countries also would be urged to inspect shipments to and from Iran and authorized to seize any banned cargo.

HOW DOES THE UNITED STATES TRIGGER A SANCTIONS SNAPBACK?

The United States submitted a complaint about Iran breaching the nuclear deal to the Security Council on Thursday.

If a Security Council resolution extending sanctions relief on Iran is not adopted within the next 30 days, then U.N. sanctions are supposed to be reimposed. A vote on such a resolution would allow the United States to cast a veto and give it a cleaner argument that the snapback has been executed.

"We're confident that a resolution will be introduced," U.S. Secretary of State Mike Pompeo told reporters on Thursday, though he would not say by whom.

Under the 2015 U.N. resolution enshrining the nuclear deal, if such a resolution is not put forward within 10 days then the council president - Indonesia for August or Niger for September - would put a text forward before the 30 day deadline.

However, there is a caveat that the president will "take into account the views of the states involved" and diplomats say that given most council members oppose the U.S. move Indonesia and Niger would not have to put a draft resolution to a vote.

The United States could try and put forward the resolution itself and then veto its own text, but diplomats say this would likely spark messy procedural battles in the Security Council.

If no resolution is put forward, the United States would simply assert in 30 days time that U.N. sanctions be reimposed.

Three senior Iranian officials told Reuters this week Iran's leadership is determined to remain committed to the nuclear deal, hoping that a victory by Trump's political rival Joe Biden in the Nov. 3 presidential election will salvage the pact.

Biden, who was vice president when the Obama administration negotiated the nuclear accord, said he would rejoin the deal if Iran first resumed compliance.

"If Iran returns to strict compliance with the nuclear deal, the United States would rejoin the agreement and build on it, while working with allies to push back on Iran's destabilizing actions," Biden campaign spokesman Andrew Bates told Reuters on Thursday.