Explainer: The main players in Israel's next election, the second this year

By Maayan Lubell and Stephen Farrell JERUSALEM (Reuters) - Prime Minister Benjamin Netanyahu failed to cobble together a coalition government despite weeks of trying and Israel will vote on Sept. 17 in the second election within months. 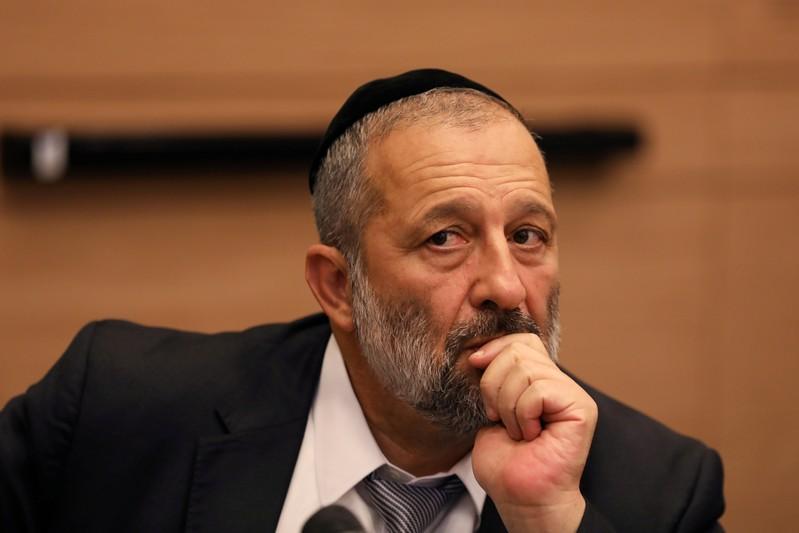 By Maayan Lubell and Stephen Farrell

JERUSALEM (Reuters) - Prime Minister Benjamin Netanyahu failed to cobble together a coalition government despite weeks of trying and Israel will vote on Sept. 17 in the second election within months.

Netanyahu's authority suffered a blow because he had confidently claimed victory in the last election on April 9 but could not put together a ruling conservative bloc as he was widely expected to do.

No single party has ever won an outright majority in the Knesset, making coalition governments the norm. Netanyahu is still set to become Israel's longest-serving prime minister in July, and has made clear that he intends to run - and win. But his opponents have another chance soon to bring him down.

The following are some of the main players in the campaign ahead:

The right-wing veteran universally known as "Bibi" is the dominant political figure of his generation, and his Likud Party secured 35 seats in the 120-seat Israeli parliament in April. It seemed to have enough natural allies to form a conservative coalition, but despite all his efforts, this proved not to be.

Netanyahu also faces possible indictment in three corruption cases, with a decision pending from Israel's attorney-general as to whether he should be charged. Netanyahu denies any wrongdoing, accusing his political opponents of a witch hunt against him.

Although Likud has so far rallied around its leader, that could change if party members scent weakness in a prime minister who could not assemble a government. Israel Katz and Gideon Saar are possible rivals to Netanyahu from within his own party.

In the coming campaign Likud is likely to focus on its traditional positions, including tough security policies on Iran, Syria and the Israeli-Palestinian conflict. Many of its members oppose the creation of a Palestinian state.

Netanyahu, in a pre-election promise last time around, said he would declare Israeli sovereignty over settlements in the occupied West Bank, a possible annexation, if he wins another term.

His close relationship with U.S. President Donald Trump is also likely to feature prominently in the campaign, as it did last time. But it remains to be seen how the domestic political turmoil affects the prospects of the long-delayed Mideast peace plan that Trump's son-in-law, Jared Kushner, is spearheading.

A popular former armed forces chief and a political newcomer, Gantz emerged as a serious rival to Netanyahu in the April election, with impeccable security credentials. He heads the newly formed centrist Blue and White party, which campaigned on a platform of clean government, peace and security. It won 35 seats in the Knesset, the same as Netanyahu’s Likud.

Gantz has called for pursuing peace with the Palestinians while maintaining Israeli security interests. He has signalled he would make territorial concessions toward the Palestinians, but has sidestepped the question of Palestinian statehood.

The Moldovan-born immigrant from the former Soviet Union is head of the ultra-nationalist Yisrael Beitenu party, which holds five seats in the Knesset. He launched the political attack that weakened Netanyahu's grip on power.

He was once Netanyahu's chief of staff, but turned on his former mentor, delighting his secular base by taking a stand against Israel's ultra-Orthodox Jewish community on the issue of compulsory service in the military.

The religious United Torah Judaism party, a key Netanyahu ally, does not want young ultra-Orthodox seminary students to be forced into military service. But Lieberman and many Israelis want them to share the burden of mandatory duty.

Lieberman has stirred controversy in the past by questioning Palestinian President Mahmoud Abbas's commitment to peace, and the loyalty of Israel's Arab minority.

Six months ago he set in motion the events which led to the current crisis when he weakened Netanyahu's ruling right-wing coalition by resigning as defence minister.

The stated reason was that Netanyahu was not taking forceful enough military action against Hamas in Gaza, but many suspect his actions were rooted in personal ambition. While other coalition candidates talked of being 'king-makers', it was Lieberman's actions that proved decisive.

A former telecom chief, Gabbay led the centre-left Labour party into a disastrous election, at which it slumped from 18 seats to six. Gabbay has publicly backed a two-state solution with the Palestinians and the party's campaign stressed social and economic reform, as well as pursuing peace.

A former chief rabbi of the Israeli military, Peretz heads the United Right party, which holds five seats in the Knesset. It is the most prominent political representative of Israeli settlers in the West Bank. It repudiates the idea of a Palestinian state and stresses Israel’s biblical and religious connections to land Palestinians seek for a state.

A former Likud member, Kahlon heads Kulanu - 'All of Us' - which won four seats in April, down from 10. As finance minister in Netanyahu's government he partly delivered on his pledge to halt soaring housing prices, but has fallen short on dramatically reducing overall living costs. His party casts itself as moderate right-wing and focused its campaign on socio-economic issues.

The deputy health minister heads United Torah Judaism, which represents ultra-Orthodox Jews, or Haredim, of European origin. It has eight seats. Successive coalition governments have had to rely on support from ultra-Orthodox parties, which traditionally put their religious demands above larger issues like security and the Israeli-Palestinian conflict. UTJ is primarily concerned with safeguarding state benefits for Haredi men who devote themselves to full-time religious study and do not serve in the conscript military or work. This pitted them against Lieberman.

The interior minister heads Shas, which represents Haredi Jews of Middle Eastern origin. It is an ally of UTJ, and both religious parties have been an almost permanent fixture in successive governments It holds eight seats, like UTJ.

The six-seat socialist party draws most of its voters from Israel’s 21 percent Arab minority. It advocates an Arab-Jewish alliance to fight discrimination, racism and social inequality in Israel. Arab parties have never joined governing coalitions in Israel.

Head of a party with four seats, Raam-Balad is a mix of Islamist and Arab nationalists. It describes itself as a democratic movement opposed to Israel’s occupation of Palestinian territory.

Head of the left-wing Meretz party, which won four seats. It has not been part of a coalition government in the past two decades. Popular with liberal middle-class Israelis, the party advocates a two-state solution with the Palestinians.