By Tom Allard SYDNEY (Reuters) - Dutch authorities have arrested 57-year old Canadian national Tse Chi Lop at the request of the Australia Federal Police after a long probe into drug trafficking in the Asia-Pacific. Tse had been on a global most-wanted list and was of 'significant interest' to law enforcement agencies in multiple countries, said Dutch and Australian police. WHO IS TSE CHI LOP 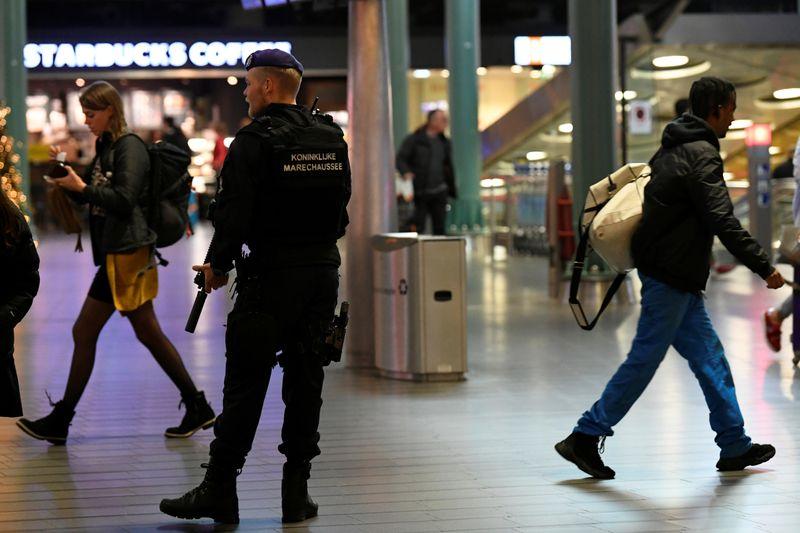 SYDNEY (Reuters) - Dutch authorities have arrested 57-year old Canadian national Tse Chi Lop at the request of the Australia Federal Police after a long probe into drug trafficking in the Asia-Pacific.

Tse had been on a global most-wanted list and was of "significant interest" to law enforcement agencies in multiple countries, said Dutch and Australian police.

WHO IS TSE CHI LOP?

Tse - known by his nickname "Sam Gor", Brother Number Three in Cantonese - is the alleged senior leader of a sprawling transnational drug trafficking syndicate known as "The Company" to its members or, to some police, the "Sam Gor syndicate."

Born in China's southern Guangdong province, he became a member of the Big Circle Gang, a Triad-like organisation founded by disillusioned Red Guards at the end of the Cultural Revolution, police sources have told Reuters.

He moved to Hong Kong, then Canada, and was arraigned by United States authorities for heroin trafficking in 1998. After release from an Ohio prison in 2006, he found his way back to Asia, where police allege he led the transformation of the region's $70 billion annual drug trade. Described as immensely wealthy and a prodigious gambler, Tse lost $66 million in one night at a casino and travelled with a guard of Thai kickboxers, investigators told Reuters.

WHAT IS 'THE COMPANY"?

The United Nations Office on Drugs and Crime (UNODC) estimated that Tse's drug syndicate earned as much as $17 billion from trafficking drugs in 2018.

Police and analysts said the syndicate drove a rapid expansion of crystal-methamphetamine trafficking in the region, which increased fourfold in the five years to 2019. The syndicate also manufactured heroin and has been a major player in the global market for MDMA, a euphoric party drug also known as ecstasy, police say.

The UNODC's Jeremy Douglas has said Tse was "in the league of" the Latin American narco-bosses Joaquin "El Chapo" Guzman and Pablo Escobar.

Police allege Tse's crime syndicate was formed after a peace pact among five Asian criminal groups - the Big Circle Gang (also called the Big Circle Boys); the 14k, Wo Shing Wo and Sun Yee On triads from Hong Kong and Macau; and the Bamboo Union, based in Taiwan.

The collaboration ended the blood-soaked rivalries of some of the crime groups and paved the way for gargantuan profits.

As well as pioneering industrial-scale meth production in super-labs in Myanmar, Tse's syndicate built its customer base among smaller, nation-based crime groups by offering to replace any drugs that were seized by law enforcement at no extra cost, police say.

Tse bunkered down in Taiwan in 2019 after he became aware of a major multinational investigation into him and the syndicate, four police sources say. China and Australia issued arrest warrants for Tse, but neither has extradition agreements with the self-governing territory that is claimed by Beijing.

Following his arrest at Amsterdam's Schiphol Airport on Saturday, Australian police said they can seek Tse's extradition to Australia to face court. No charges have been revealed. But the Australian police believe Tse has been involved in at least 13 drug importations to Australia, according to a document viewed by Reuters.

Whether Tse's arrest dents the Asia-Pacific drug trade remains unclear. While he has kept a low profile in the past year, the syndicate's activities have been largely unaffected, two police sources told Reuters. The UNODC and police sources have told Reuters that, with the exception of a few countries, the trafficking of illicit substances has been largely unaffected by the COVID-19 pandemic in the Asia-Pacific, unlike other regions.

(Corrects reference to Guangdong, not Guangzhou, in paragraph 4)