TUNIS (Reuters) - Tunisia's government has collapsed less than five months after it was formed, plunging the North African democracy into a political crisis as it wrestles with economic troubles and social friction worsened by the global pandemic. 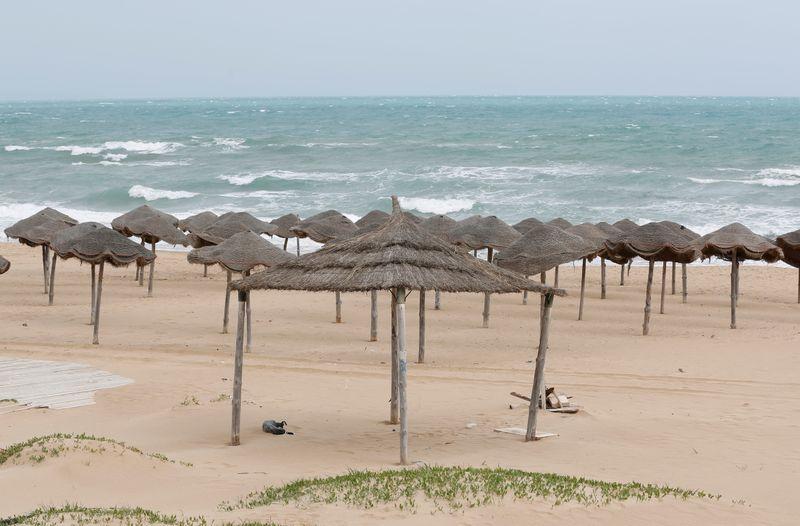 TUNIS (Reuters) - Tunisia's government has collapsed less than five months after it was formed, plunging the North African democracy into a political crisis as it wrestles with economic troubles and social friction worsened by the global pandemic. [nL5N2EO2OO]

HOW DID TUNISIA GET TO THIS POINT?

October's election led to a deeply fragmented parliament in which the largest party, the moderate Islamist Ennahda, won only a quarter of the seats.

It took until February, with several false starts, to form a government that could command a narrow majority in parliament. However, it was riven by deep ideological rifts, especially over the urgent problem of public finances and debt.

These came into the open when companies in which Prime Minister Elyes Fakhfakh held stock were reported to have benefited from state contracts. After Ennahda demanded his resignation, President Kais Saied also asked him to step down.

Saied has a week to name a new candidate to try to form a government. That candidate will have a month to propose a new coalition and get it through parliament. If that fails, there will be a new parliamentary election later this year.

As an additional complication, parliament itself is in confusion with the speaker, Ennahda leader Rached Ghannouchi, facing his own confidence vote.

Some analysts believe the only way out will be a new election and the chance of a more cohesive parliament that can agree on a stable government able to push through legislation.

WHAT DOES THIS MEAN FOR TUNISIAN DEMOCRACY?

Since the 2011 revolution that introduced democracy after decades of autocratic rule, the economy has stagnated, living standards have declined and public services decayed.

Successive coalitions have avoided confrontation on the big issues with compromises that satisfied few Tunisians while postponing important decisions, particularly on the economy.

Meanwhile, parties tussled over the rules of the complex 2014 constitution, which combined a presidential system with a parliamentary one. A special court was supposed to arbitrate disputes, but parliament has not yet set it up.

President Saied, a political independent elected last year in a separate vote to the one for parliament, wants to abolish political parties and give the presidency more power, but he probably lacks the support to push that through.

WHERE DO SOME OF THE OTHER MAJOR PLAYERS STAND?

Ennahda has been the most consistently important force in Tunisia since the revolution, winning several elections and joining most government coalitions. It wanted more sway in Fakhfakh's government, putting it add odds with Saied.

The president is likely to get most backing from two other parties - Attayar and Chaab - which now form an unofficial bloc that favours a big state role in the economy.

The UGTT labour union is Tunisia's other enduring political force - able to mobilise strikes and protests - and the biggest obstacle for any government that wants to trim the deficit by reducing the large public sector.

Heart of Tunisia, the political vehicle of media mogul Nabil Karoui who was jailed during last year's election ahead of a pending corruption trial that has still not happened, is looking for another opportunity to get into office.

Meanwhile the Destouri party of Abir Moussi, a champion of the pre-revolution leader Zine el-Abidine Ben Ali who died in October, was the most popular in a recent opinion poll for the first time.