Explainer: Congress no longer runs a jail, so just how powerful are its subpoenas? 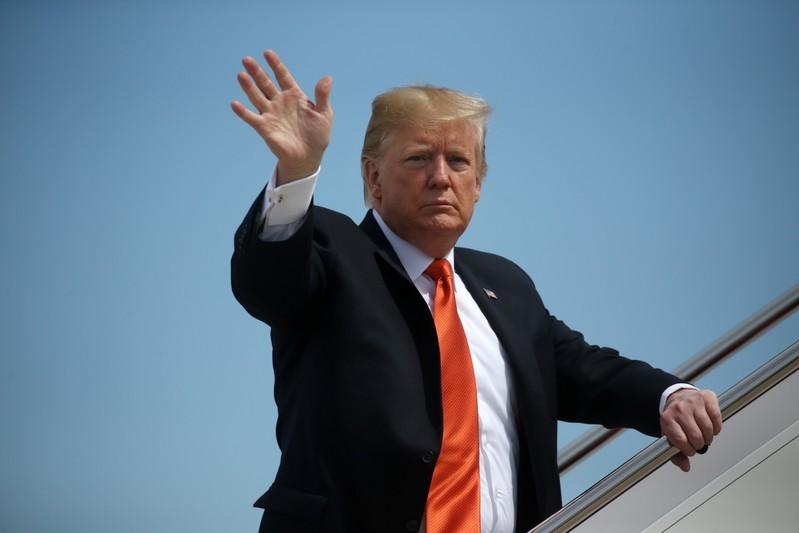 (Reuters) - The U.S. Congress does not arrest and detain people for ignoring its subpoenas anymore, but it still has significant power to demand witnesses and documents, and Republican President Donald Trump is putting that power to the test.

"We're fighting all the subpoenas," Trump told reporters at the White House on Wednesday.

In another display of his disregard for Washington norms, Trump is defying subpoenas issued by Democrats in the House of Representatives, who have launched numerous investigations of him, his businesses, family and administration.

He earlier this week filed an unprecedented lawsuit seeking to block a congressional subpoena intended to force an accounting firm to disclose information about his financial dealings as a businessman.

Here is how the congressional subpoena, contempt and enforcement process works.

What is a subpoena?

A subpoena is a legally enforceable demand for documents, data, or witness testimony. In Latin, "sub poena" means "under penalty."

Subpoenas are typically used by litigants in court cases. The Supreme Court has also recognised Congress's power to issue subpoenas, saying in order to write laws it also needs to be able to investigate.

Congress' power to issue subpoenas, while broad, is not unlimited. The high court has said Congress is not a law enforcement agency, and cannot investigate someone purely to expose wrongdoing or damaging information about them for political gain. A subpoena must potentially further some "legitimate legislative purpose," the court has said.

What can Congress do to a government official who ignores one?

If lawmakers want to punish someone who ignores a congressional subpoena they typically first hold the offender "in contempt of Congress," legal experts said.

House Oversight Committee Chairman Elijah Cummings said on Tuesday that his panel will vote on holding a former White House security director, Carl Kline, in contempt for failing to appear for questioning. The committee wants to ask him about allegations that the Trump administration inappropriately granted clearances to some of the president's advisers.

The contempt process can start in either the House or the Senate. Unlike with legislation, it only takes one of the chambers to make and enforce a contempt citation.

Typically, the members of the congressional committee that issued the subpoena will vote on whether to move forward with a contempt finding. If a majority supports the resolution, then another vote will be held by the entire chamber.

The Democrats have majority control of the House; Trump's Republican Party holds the Senate. So any contempt finding in months ahead is likely to come from the House.

Only a majority of the 435-member House needs to support a contempt finding for one to be reached. After a contempt vote, Congress has additional powers to enforce a subpoena.

Ross Garber, a lawyer in Washington, said Trump's lawyers will likely argue that any subpoenas and contempt citations issued now expire when a new Congress is seated in January 2021.

But Washington lawyer Garber said there is debate among lawyers about that question, which has not been settled by the Supreme Court.

How is a contempt finding enforced?

The Supreme Court said in an 1821 case that Congress has the "inherent authority" to arrest and detain recalcitrant witnesses.

In a 1927 case, the high court said the Senate acted lawfully in sending its deputy sergeant-at-arms to Ohio to arrest and detain the brother of the then-attorney general, who had refused to testify about a bribery scheme known as the Teapot Dome scandal.

It has been almost a century since Congress exercised this arrest-and-detain authority, and the practise is unlikely to make a comeback, legal experts said.

Alternatively, Congress can ask the U.S. attorney for the District of Columbia, a federal prosecutor, to bring criminal charges against a witness who refuses to appear. There is a criminal law that specifically prohibits flouting a congressional subpoena.

But this option is also unlikely to be pursued, at least when it comes to subpoenas against executive branch officials.

For this reason, in modern times Congress has opted for a third and final approach to enforcing a contempt finding: getting its lawyers to bring a civil lawsuit asking a judge to rule that compliance is required.

Failure to comply with such an order can trigger a "contempt of court" finding, enforced through daily fines and even imprisonment, Griffin said.

Democratic then-President Barack Obama’s attorney general, Eric Holder, refused to comply, citing a doctrine called "executive privilege." The House voted to hold him in contempt in a rare instance of Congress taking such action against a sitting member of a president’s Cabinet.

Can Trump persuade a court to quash the subpoenas?

Just as Congress can sue to enforce a subpoena, Trump has shown a willingness to sue to block one.

On Monday, Trump brought a constitutional challenge to a subpoena issued by the House Oversight Committee for his financial records. The subpoena was sent to Mazars USA, an accounting firm, and seeks eight years of his financial statements.

Cummings has said the records are related to its investigation of allegations that Trump inflated or deflated financial statements for potentially improper purposes.

Garber said there was some merit to Trump's argument that the subpoena power is being improperly used to unearth politically damaging information about him, rather than to help Congress make laws or set budgets.

But Edward Kleinbard, a lawyer who formerly served as chief of staff to Congress' Joint Committee on Taxation, said Congress is well within its power to investigate whether the president complied with tax laws and similar statutes.

U.S. to double public climate finance to developing countries by 2024

By Andrea Shalal WASHINGTON (Reuters) -The United States said on Thursday it would boost public climate finance to help poor countries reduce greenhouse gas emissions and adapt to a changing climate, doubling funding by 2024 from high average levels hit during the Obama administration. The White House said it was embracing "ambitious but attainable goals" for international aid to developing countries, given the urgency of the climate crisis and to compensate for a sharp drop in U.S. funding during the Trump administration.

More risks to pregnant women, their newborns from COVID-19 than known before - study

(Removes extraneous word 'while' in paragraph 3) (Reuters) -Pregnant women infected with COVID-19 and their newborn children face higher risks of complications than was previously known, a study by British scientists showed on Friday. An infection of the new coronavirus in such newborns is associated with a three-fold risk of severe medical complications, according to a study conducted by scientists at the University of Oxford. (https://bit.ly/3tNwkJ7) Pregnant women are at higher risk of complications such as premature birth, high blood pressure with organ failure risk, need for intensive care and possible death

MADRID (Reuters) -Anonymous death threat letters with bullets enclosed in the envelopes have been sent to two of Spain's top security officials and the leader of the hard-left Unidas Podemos party, officials said on Friday, adding police are investigating.