By William James and Elizabeth Piper LONDON (Reuters) - The United Kingdom's battle over Brexit returned to parliament on Wednesday after the Supreme Court ruled Prime Minister Boris Johnson had unlawfully suspended it just weeks before the country is due to leave the European Union. Behind the sometimes arcane parliamentary procedures of the House of Commons, the fate of Brexit is being decided on three key issues: when to hold an election, how to prevent a no-deal Brexit and who to blame if it all goes wrong. On the one side, Johnson's opponents are trying to tie his hands further to prevent any possibility of a no-deal Brexit while undermining his credibility by forcing him to either get an exit deal or delay Brexit until after any election. 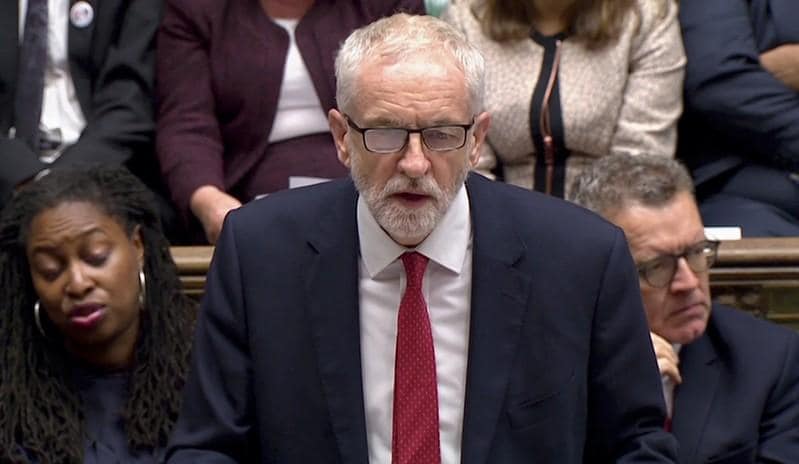 LONDON (Reuters) - The United Kingdom's battle over Brexit returned to parliament on Wednesday after the Supreme Court ruled Prime Minister Boris Johnson had unlawfully suspended it just weeks before the country is due to leave the European Union.

Behind the sometimes arcane parliamentary procedures of the House of Commons, the fate of Brexit is being decided on three key issues: when to hold an election, how to prevent a no-deal Brexit and who to blame if it all goes wrong.

On the one side, Johnson's opponents are trying to tie his hands further to prevent any possibility of a no-deal Brexit while undermining his credibility by forcing him to either get an exit deal or delay Brexit until after any election.

The government is defiant: By repeatedly demanding an election that parliament rejects, Johnson is trying to cast lawmakers as opponents of Brexit who are afraid of the people.

WHAT HAPPENS IN PARLIAMENT NOW?

Parliament will now sit as normal. It had not been due to sit again until Oct. 14, but was on Wednesday back discussing the rights and wrongs of the government's approach to Brexit, two and a half weeks early.

By convention the government has primary control of the agenda in parliament. It is due to set out its agenda for the coming days later on Wednesday.

WHAT CAN RIVAL PARTIES DO?

In addition to government business, lawmakers from other parties can request debates on specific subjects by requesting an 'Urgent Question'. If granted by the speaker, these require a minister to come to parliament and answer the question, but otherwise have no legal force.

A further route opposition lawmakers can use to scrutinise the government is applying for an emergency debate. This method was used earlier this month as the first step in the process of passing a law against the government's wishes.

On Sept. 3 opposition parties used an emergency debate to band together and take control of parliamentary business the following day, allowing them to push through legislation which sought to prevent a no-deal Brexit on Oct. 31.

WHAT DOES THE GOVERNMENT WANT TO HAPPEN NEXT?

1. Get a Brexit deal

The government hopes to reach a Brexit deal with the EU at a summit on Oct. 17/18 and then get it approved by parliament in time to leave the bloc on Oct. 31.

But, talks with the EU are not going well, and any deal he does get will likely be opposed by rival parties.

Johnson's ruling Conservative Party has lost its majority in parliament and been defeated in votes six times since he took power in July. Attorney General Geoffrey Cox said parliament was "dead" and had no moral right to sit.

But an election is not due until 2022 and the government requires the consent of 434 out of the 650 lawmakers in parliament to call one ahead of schedule.

Johnson has twice tried to call an election, but been voted down by opposition parties who say they want to first completely rule out an Oct. 31 no-deal Brexit.

3. Cast other parties as the enemies of Brexit

Ahead of an election, Johnson and his advisers talk of an elite conspiracy aimed at thwarting Brexit. Under this logic, the government hopes it could become seen as the guardian of Brexit fighting an establishment attempt to thwart it.

But after Johnson's pledge to leave the EU "do or die", with or without a deal, it is unclear whether he could stop support haemorrhaging to the Brexit Party of Nigel Farage if an election was held after a Brexit delay.

Speaking at the United Nations, Johnson even quipped that some in parliament were seeking to turn Brexit into eternal torment - comparing himself to Greek mythological figure Prometheus whose liver was repeatedly eaten by an eagle.

WHAT DO OPPONENTS WANT INSTEAD?

A majority in parliament oppose Johnson's intention to take Britain out of the EU without a deal on Oct. 31 if he cannot secure a new exit agreement with Brussels.

Despite passing a law that requires Johnson to ask the EU for a delay if he cannot get a deal, lawmakers are nervous that he will find some way to avoid delaying Brexit.

"We simply cannot afford to wait until the 19th of October to see whether the prime minister will refuse to obey the law again," Liberal Democrat leader Jo Swinson said.

They want to use the extra time in parliament to try and find a way to completely rule out no-deal Brexit, and are exploring what options they have to achieve this.

These options have not been publicly discussed, but could include trying to pass further laws to amend or try to tighten up the existing legislation.

However, any such measures would require complete unity among opposition parties. This was key to their success in passing the law in early September, but could prove harder to achieve as parties seek to differentiate themselves ahead of an expected election.

Opponents could use the time to force more scrutiny of the government actions either by demanding confidential documents and legal advice, or by questioning ministers in parliament.

Topics of such scrutiny are likely to include the consequences of a no deal Brexit and the government's proposals for a deal.

Johnson has staked his political future on leaving the EU on Oct. 31.

By passing a law designed to ensure he fails in that ambition, and refusing him an election that might give him a new mandate to achieve it, opponents are looking to inflict fatal political damage on the Conservative Party.

"We'll make him wriggle on his own hook," said one Labour lawmaker.