By Celia Mebroukine PARIS (Reuters) - The characters drawn in black-and-white ball-pen by Najah al-Bukai look broken, left in pain and despair by the torture the exiled Syrian artist says he went through and witnessed when imprisoned twice in government jails. One drawing shows a group of half-naked men being beaten up. Another depicts a man bent double, lying on his back with his feet over his head, tied up between two heavy wooden boards. 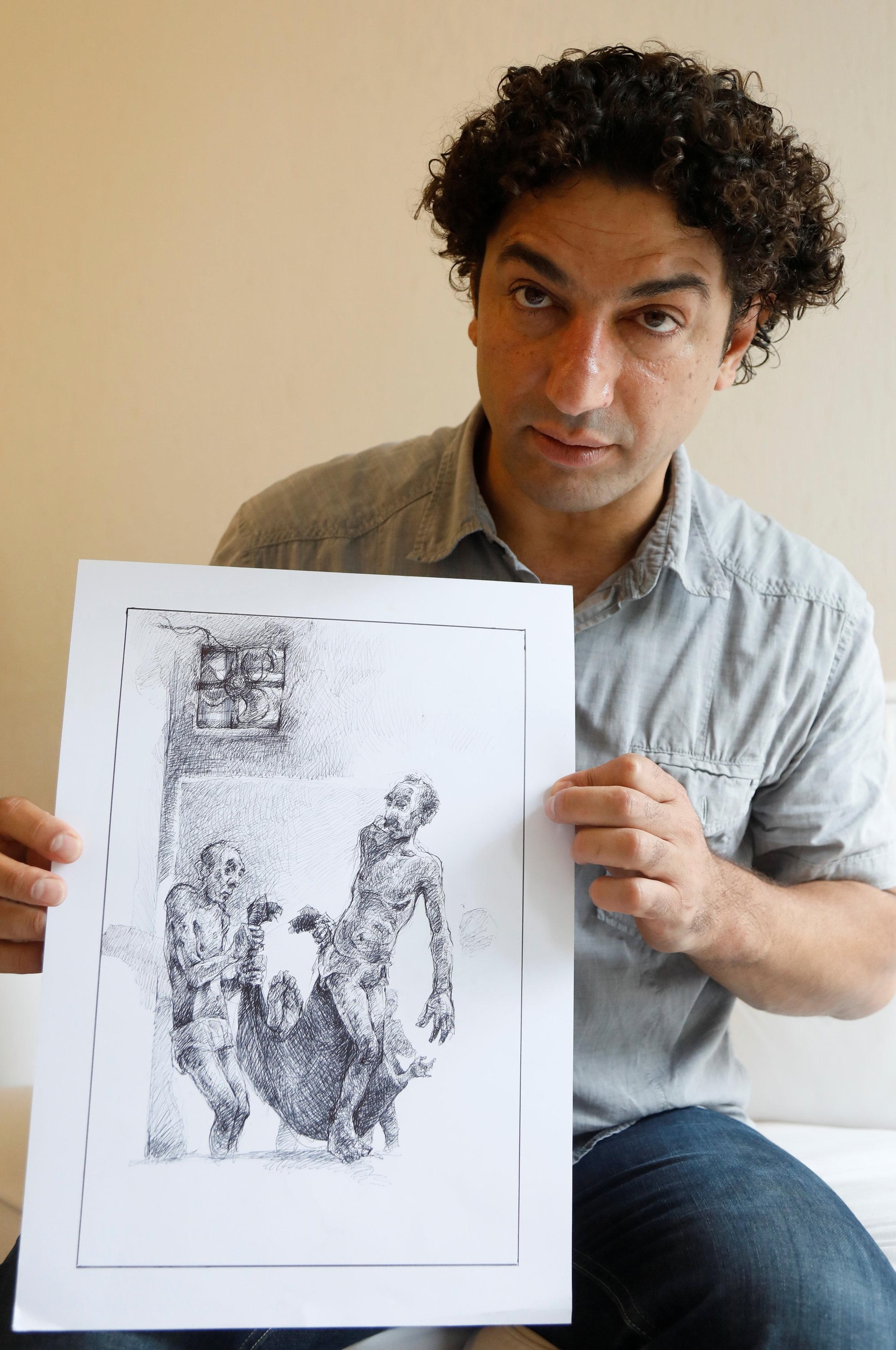 PARIS (Reuters) - The characters drawn in black-and-white ball-pen by Najah al-Bukai look broken, left in pain and despair by the torture the exiled Syrian artist says he went through and witnessed when imprisoned twice in government jails.

One drawing shows a group of half-naked men being beaten up. Another depicts a man bent double, lying on his back with his feet over his head, tied up between two heavy wooden boards.

"We were around 190 to 220 persons in this room which was 16 metres long and 3 metres wide. This is where the questioning sessions took place, where the torturers were using different techniques," said Bukai, who now lives in France.

"But the worst was unloading corpses. Once we had to unload three corpses while another (day) we could have to unload 13. They were prisoners who died under torture during questioning or of diseases because of deplorable hygienic conditions."

Syrian government officials have denied past accusations of systematic torture during the country's seven-year-long war and also denied accusations that authorities have carried out mass executions in jails.

But after years of government silence about the fate of tens of thousands of people that rights groups say have been forcibly disappeared in the conflict, authorities have begun quietly updating registers to acknowledge hundreds of their deaths.

"I feel like it is my duty to continue the revolution," Bukai said in his home in a Paris suburb he would not name for safety reasons.

"If I stop drawing on this topic, it means I have given up and I have said to (Syrian President) Bashar al-Assad: 'Yes, you won your war against us.'"

Bukai said he was first imprisoned for 11 months in 2011, in camp number 227 near the Syrian capital Damascus. He was arrested after he helped organise a protest against Assad.

In 2014, he was arrested again at the Syrian-Lebanese border as he tried to leave the country after two years of hiding at his in-laws' house.

Bukai returned to France, where he first lived as an art student in the early 1990s, 2-1/2 years ago with his wife, Abir, and their 16-year-old daughter.

Art is a therapy for him. Haunted by his experiences, he has not been able to draw any other subject for years.

"Each time I try to change topic and find another path into my drawing, an exit, a window, I finally come back to the same," he said.