Exclusive: Vale eyed dam design changes in 2009 that may have prevented disaster

By Marta Nogueira and Ernest Scheyder RIO DE JANEIRO/HOUSTON (Reuters) - Brazilian miner Vale SA identified concerns around its tailings dams in 2009 and studied but did not implement several steps that could have prevented or lessened the damage from last week's deadly disaster, according to a corporate presentation seen by Reuters. A tailings dam, used to store the muddy detritus of the mining process, collapsed on Friday, killing at least 65 in one of Brazil's largest industrial accidents on record. The Brumadinho disaster, coming just over three years after a similar incident at another mine partially controlled by Vale, has fueled calls for a management overhaul and erased more than 70 billion reais ($18.61 billion) in Vale's market value 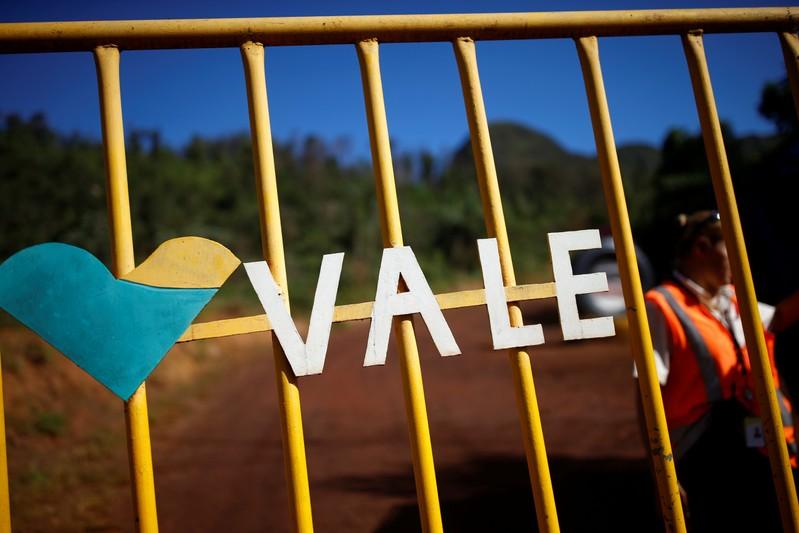 By Marta Nogueira and Ernest Scheyder

RIO DE JANEIRO/HOUSTON (Reuters) - Brazilian miner Vale SA identified concerns around its tailings dams in 2009 and studied but did not implement several steps that could have prevented or lessened the damage from last week's deadly disaster, according to a corporate presentation seen by Reuters.

A tailings dam, used to store the muddy detritus of the mining process, collapsed on Friday, killing at least 65 in one of Brazil's largest industrial accidents on record.

The Brumadinho disaster, coming just over three years after a similar incident at another mine partially controlled by Vale, has fueled calls for a management overhaul and erased more than 70 billion reais ($18.61 billion) in Vale's market value.

But a decade ago, the world's largest iron ore miner was considering ways to use fewer tailings dams, including alternative uses for the waste rock, according to the 73-page presentation.

The presentation pointed to the rising volume of tailings produced at the company's mines, with some locations producing hundreds of thousands of tonnes of tailings daily.

The report suggested Vale make building materials from tailings, including bricks, a step that would give the company another revenue source and lessen the volume needing to be stored using dams.

The 2009 Vale report had recommended the company undertake a project to be called "Zero Dams" that would have involved drying out tailings, among other steps. It was not known whether the report reached the top levels of Vale management nor why it was not implemented.

Vale declined to comment. The report's author, Paulo Ricardo Behrens da Franca, left Vale a year after submitting it and now works as an industry consultant. Reached by Reuters, he did not comment.

Late Tuesday, Vale said it would take as much as 10 percent of its ore output offline in order to decommission 10 more dams like the one that burst last week.

Chile, Peru and other earthquake-prone countries ban the design, in which tailings are used to progressively construct dam walls the more a mine is excavated. Brazil is not as earthquake-prone as its western neighbors, but even small seismic activity has been shown to affect tailings dams.

Because these types of tailings dams are waterlogged, they are easily susceptible to cracks and other damage that can cause bursts like the one that occurred last week near Brumadinho.

"A tailings dam may look safe, but it's still retaining a lot of moisture behind it," said Dermot Ross-Brown, a mining industry engineer who teaches at the Colorado School of Mines. "They're inherently dangerous structures."

Tailings dams tend to be shorter in height than conventional water dams, but often are far wider in span.

The disaster's cause remains unknown. Vale said the dam had not received tailings for about two and a half years and was in the process of decommissioning, a step that should have lessened risk, engineers said.

"It's really puzzling to me this happened as the (dam) was closing," said Cameron Scott of SRK Consulting, a mining engineering firm. "This disaster will make future mine permitting harder."

The dam had passed a September 2018 inspection by the German firm TUEV SUED AG and Vale Chief Executive Fabio Schvartsman said equipment had shown the dam was stable on Jan. 10.

Brazil has nearly 4,000 dams that are classified as having "high damage potential" or being at high risk, with 205 of those dams containing mineral waste, the country's Regional Development Minister Gustavo Canuto said.

Analysts and engineers said that the Brumadinho disaster will hopefully push the industry to stop storing wet tailings and instead move toward the more-expensive-but-safer process of storing dry tailings.

That process requires drying the tailings and storing them on-site, abrogating the risk of a dam burst. The approach is becoming more popular in Canada and other countries with stricter mining regulations.

"The industry doesn't yet fully realize the risk its taking on with those type of wet tailings dams," said Matt Fuller of Tierra Group International Ltd, a tailings engineering consulting firm.

Officials in Brazil's Minas Gerais state, where the disaster occurred, say they are now going to push for legislation requiring dry mining and forcing miners to tear down tailings dams when they are located above communities.

A similar proposal failed last summer, with its defeat attributed by the bill's sponsor to lobbying pressure from mining companies.

Brazil is still reeling from the 2015 collapse of a larger dam, owned by the Samarco Mineracao SA joint venture between Vale and BHP, that killed 19 people.

After Samarco, the International Council on Mining and Metals (ICMM) issued updated guidelines for its members to try to safeguard tailings dams used to store waste left over from mining operations.

The ICCM said on Saturday that the mining industry still has "lessons to learn" from Samarco and similar events.

Mining companies typically hire engineering firms that specialize in tailings dams to build the structures, not necessarily dam contractors themselves, a step that some industry observers hope changes soon.

"The mining companies are not placing dam safety at the forefront of their preoccupations," said Emmanuel Grenier, a spokesman for the International Coalition of Large Dams (ICOLD), a non-governmental organization focused on dam engineering.

The group "is recommending that dams, especially large dams, be built by dam professionals, but it is too rarely the case for tailing dams," Grenier said.