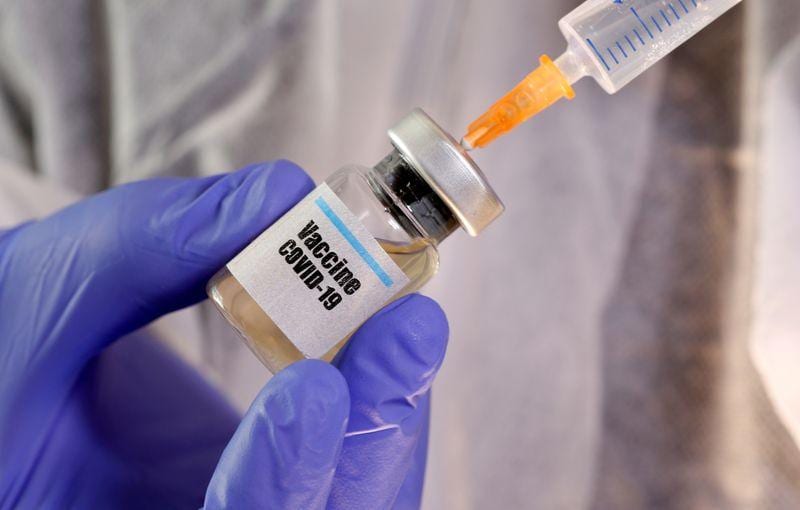 Researchers in South Africa, Mexico, Brazil, Peru and Argentina are in discussions to join U.S. counterparts in conducting large-scale human trials of an experimental vaccine from Johnson & Johnson

The U.S. government so far has committed nearly $11 billion to fund the development, testing, manufacture and stockpiling of hundreds of millions of COVID-19 vaccine doses. In addition to J&J, it is working with drugmakers including Moderna Inc

Tens of thousands of volunteers must be recruited and scientists involved say it makes sense to test the vaccines for safety and effectiveness in diverse populations, including in other nations. U.S. health officials expect a successful vaccine to be identified by early 2021.

It is not yet clear what specific commitments, if any, have been made to South Africa and the Latin American countries. The advantage of working with Operation Warp Speed, which is backing at least half a dozen potential vaccines, is that it increases the chances that international partners would receive an effective product.

President Donald Trump raised the possibility of sharing the U.S. vaccine supply when he announced the formation of Operation Warp Speed in May, without providing details. Earlier this week, Health and Human Services (HHS) Secretary Alex Azar said that any U.S. vaccine for COVID-19 would be shared “fairly” around the world after U.S. needs are met.

The international scientists gearing up to participate have worked with U.S. vaccine researchers for years and want assurances that their countries would get access to the Operation Warp Speed vaccines.

“There was a concern by the international sites that we are rolling up our sleeves and contributing to the vaccine endeavor, and we don’t want to be in a position that these vaccines will be available and our countries can’t get them,” said Dr. Glenda Gray, the president and CEO of the South African Medical Research Council, who is preparing to set up sites for the vaccine developed by J&J’s Janssen division.

A spokeswoman for HHS, which helps oversee Operation Warp Speed, did not respond to questions about the project's work with particular countries but confirmed that Slaoui is committed to ensuring international partners get access to vaccines.

In a statement, J&J’s Janssen unit said a number of countries are seeking regulatory approval to run a trial of its vaccine but that it could not confirm individual sites.

"Once proven to be safe and effective, Johnson & Johnson is committed to making its vaccine accessible globally," the company said.

The U.S. National Institutes of Health, which is helping coordinate the trials, declined to comment. The White House did not immediately respond to questions.

Global health agencies have lamented the rush by the United States and other wealthy nations to lock up vaccine doses in advance through direct deals with drugmakers. They say there should be a global distribution of vaccines based on infection risk, and want to make sure poorer nations have access. The coronavirus has infected nearly 21 million people and killed close to 750,000 worldwide.

“Anything short of a global strategy to vaccinate at risk populations is going to be a less effective strategy,” said Stephen Thomas, a vaccine developer who is chief of infectious disease at SUNY Upstate Medical University.

Slaoui has said publicly that between 70 and 75 million people in the United States, including healthcare workers and elderly patients with underlying chronic conditions, are at greatest risk for coronavirus.

He told the scientists late last month that those at-risk groups could be immunized during the first quarter of 2021, the two people familiar with the matter said. After that, he told them, Operation Warp Speed and the companies may arrange for donations or access to vaccine supplies to the countries participating in trials.

The NIH and Operation Warp Speed are considering holding a scientific summit this summer to discuss how any successful COVID-19 vaccines might be distributed, both nationally and globally, the sources said.

Countries like Brazil and Mexico, hot spots for the virus, are not waiting on the U.S. vaccine project for help. They also are forging deals directly with drugmakers that promise to supply vaccines after they run clinical trials.

Multiple pharmaceutical companies and countries, including China, are also courting international partners. South Africa and Brazil, for instance, have developed medical infrastructures for clinical trials. They have a choice of partners and an opportunity to seek vaccine access in return.

“We are a prime site for any vaccine trial,” said Gray, a vaccine scientist renowned for her work on HIV. “There are a lot of countries that are approaching South Africa.”

South African scientists are expected to enroll between 10,000 and 12,000 people at about 30 sites for J&J’s Janssen division, Gray said. The trials will receive funding from both J&J and the NIH.

A FLURRY OF DEALS

With an explosion of coronavirus cases in Latin America, countries there also are announcing deals with drugmakers, some involved in Operation Warp Speed. In addition, they are planning to participate in vaccine research backed by China and other countries.

On Tuesday, Mexico announced it would provide trial sites for vaccines developed by J&J, as well as for Chinese companies CanSino Biologics Inc <6185.HK> and Walvax Biotechnology Co Ltd <300142.SZ>.

A major reason behind Mexico’s move to join those trials is to secure access to a vaccine, according to its foreign minister, Marcelo Ebrard.

Brazil medical research institute Fiocruz is in talks to join the J&J trial, Marco Krieger, a vice president at the federally funded institute, told Reuters. He said there had been no assurances yet about vaccine access.

Argentina also plans to be a site for the J&J trial, Pedro Cahn, director of Argentina’s Fundación Huesped, said in an email to Reuters. But when asked if he received specific assurances about supply, he said “not so far.”

José Sánchez, coordinator of the biomedical research center at Peru’s National University of San Marcos, said in an interview with the university’s in-house channel on Tuesday that the center was evaluating agreements with J&J, AstraZeneca and Moderna to carry out clinical trials in Peru. Moderna declined to comment.

The center receives funding from the U.S. government and the agreements are being coordinated with Peru's National Institute of Health (INS), Sánchez said.

"Janssen is definitely going to come to Peru," Sánchez said.