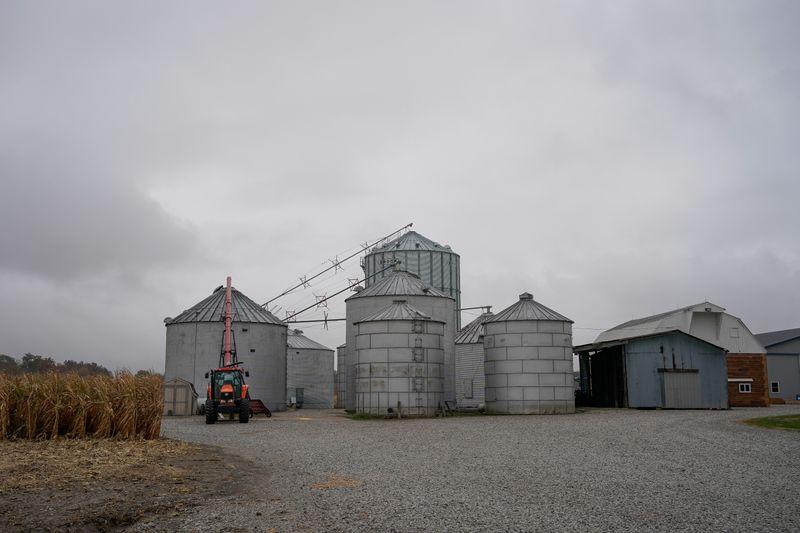 NEW YORK (Reuters) - The Trump administration aims to stick with its current proposal on 2020 biofuel blending requirements, despite anger in Farm Country that the plan fails to compensate for the administration's expanded use of refinery waivers, according to two sources familiar with the matter.

The issue could undermine President Donald Trump's support among biofuel advocates and corn farmers, an important constituency in next year's election.

White House economic adviser Larry Kudlow told the Iowa Corn Growers Association on Tuesday that the administration will proceed with the Environmental Protection Agency's October proposal for addressing refinery waivers, the sources said. Farmers and biofuel producers have said that plan does not go far enough to make up for waived gallons.

"The rule isn’t changing," one of the sources familiar with the Tuesday discussion said.

In August, U.S. President Donald Trump's administration sparked outrage across the Farm Belt after it granted 31 oil refiners exemptions to their biofuel blending obligations. Under the U.S. Renewable Fuel Standard, oil refiners are required to blend some 15 billion gallons of ethanol into their gasoline every year, but small facilities can be exempted if compliance would hurt them financially.

In an attempt to appease farmers who believe waivers undercut ethanol consumption, the Trump administration has since been trying to find a way to preserve demand for biofuels while still protecting small refineries. The oil industry disagrees with the claim that the waivers destroy demand.

Despite weeks of meetings with biofuel advocates, oil industry officials and senators centered on biofuels policy, the EPA's proposal, announced in October as a supplemental rule, was met with harsh criticism. The plan would raise the biofuels volumes that some refineries must blend in 2020 based on U.S. Energy Department recommendations for volumes that should be waived, instead of volumes that are actually waived.

The EPA has routinely waived more blending volumes than the DOE has recommended.

The supplemental rule underwent a period of public comment, which ended in late November. EPA then sent the proposal to the White House Office of Management and Budget for a interagency review process.

The plan is expected to be finalized by Friday, one source said. The final rule for 2020 blending requirements is already past its end-November deadline.

The White House and EPA did not immediately respond to requests for comment.

Support across key Midwestern states helped propel Trump to the presidency in 2016, a trend he is hoping to replicate in next year's election. But farmers have threatened to withdraw support for Trump because of his administration's handling of biofuel policy.

On Tuesday, more than 1,700 farmers and biofuel advocates sent a letter to President Donald Trump, criticizing EPA's proposal and asking him to directly intervene in the debate.

The biofuels news, however, comes amid progress on the United States' trade war with China, a dispute that has been especially damaging to U.S. farmers.

It also comes as Congress readies a vote on the nation's new trade pact with Mexico and Canada, an agreement also expected to boost farmers' fortunes.