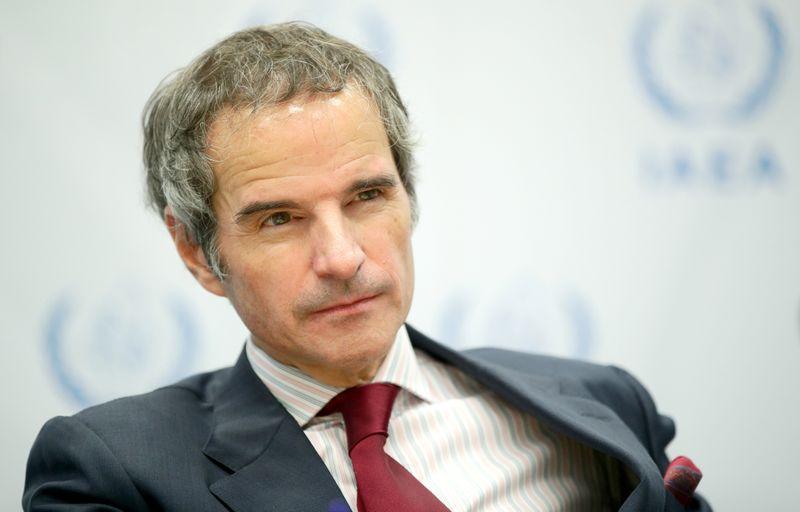 Biden, who takes office on Jan. 20, has said the United States will rejoin the deal "if Iran resumes strict compliance" with the agreement that imposed strict curbs on its nuclear activities in return for the lifting of sanctions.

After President Donald Trump quit the deal and reimposed U.S. sanctions, Iran responded by breaching many of the deal's restrictions. Tehran says it could quickly reverse those steps if Washington first lifts its sanctions.

In an interview with Reuters, Grossi, who heads the International Atomic Energy Agency that polices Iran's compliance, said there had been too many breaches for the agreement to simply snap back into place.

"I cannot imagine that they are going simply to say, 'We are back to square one' because square one is no longer there," Grossi said at IAEA headquarters.

"It is clear that there will have to be a protocol or an agreement or an understanding or some ancillary document which will stipulate clearly what we do," he said.

"There is more (nuclear) material, ... there is more activity, there are more centrifuges, and more are being announced. So what happens with all this? This is the question for them at the political level to decide."

Iran's stockpile of enriched uranium is more than 2.4 tonnes, 12 times the cap set by the deal, though still far below the more than eight tonnes Iran had before signing it. Iran has been enriching uranium up to 4.5% purity, above the deal's 3.67% limit though below the 20% it achieved before the deal.

Iran is enriching uranium in places where it is not allowed under the deal, such as at Fordow, a site dug into a mountain. More recently it has started enriching with advanced centrifuges at its underground plant at Natanz, where the deal says it can use only first-generation IR-1 machines.

"What I see is that we're moving full circle back to December 2015," Grossi said, referring to the month before the deal's restrictions were put in place, after which large amounts of material and equipment were swiftly removed.

"If they want to do it (comply), they could do it pretty fast. But for all of those things we had a charted course," he said.