By Matthias Blamont PARIS (Reuters) - France will provide funding for an initiative led by the World Health Organization to buy potential COVID-19 vaccines, but will not source shots through the programme, an official at the French health ministry said on Thursday. The decision by one of the U.N 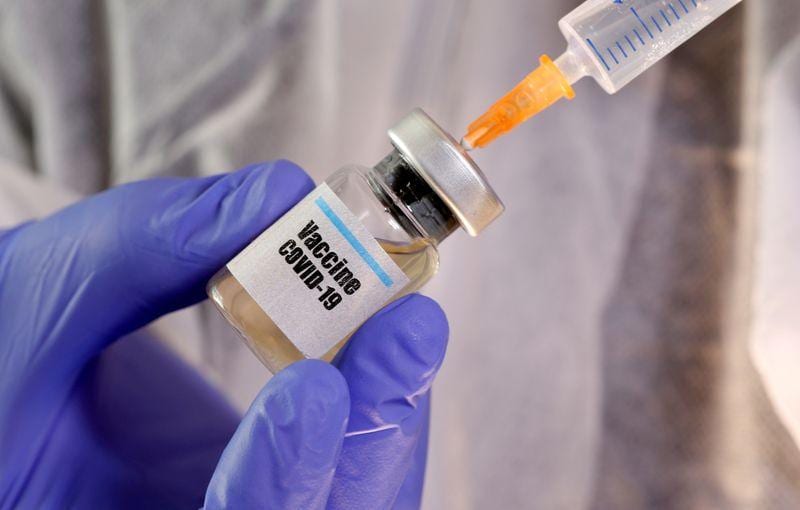 PARIS (Reuters) - France will provide funding for an initiative led by the World Health Organization to buy potential COVID-19 vaccines, but will not source shots through the programme, an official at the French health ministry said on Thursday.

The decision by one of the U.N. agency's biggest supporters is a big blow to its strategy aimed at uniting governments around the world to fight the coronavirus pandemic together.

Instead of tapping the WHO's global vaccine project, known as COVAX, Paris will secure shots through a joint scheme arranged through the European Union, the official told Reuters.

More than 170 countries have joined the project, WHO chief Tedros Adhanom Ghebreyesus said on Thursday, a day before a deadline for signing up to the facility.

The agency has been urging governments to join the plan to ensure immunisations are fairly and efficiently distributed, saying "vaccine nationalism" would undermine efforts to quash the pandemic.

The results of this round of COVAX pledges will highlight the challenge of tackling a global crisis with competing individual interests.

The WHO had previously said 92 lower-income nations were seeking assistance via the scheme, and about 80 higher-income nations had expressed interest, but some still had to confirm their intention by the deadline.

The agency has struggled to persuade countries to participate in full, or to go beyond pledges of funding and warm words about donating surplus vaccines for the scheme, which is co-led by the WHO, the GAVI vaccines alliance and the CEPI Coalition for Epidemic Preparedness Innovations.

"France's position is quite clear: we do not want to buy doses via COVAX," said the French ministry official who declined to be named because of the sensitivity of the matter.

Instead, the official said, France will tap supplies agreed by the EU under its joint procurement programme.

"Nevertheless, France fully supports the principle of the facility," the official said, adding that Paris will pledge cash towards it, without saying how much it would provide.

The WHO and the GAVI alliance did not immediately respond to requests for comment.

SOME COUNTRIES STILL ON THE FENCE

Other wealthy countries, including Britain, have followed a similar strategy, buying vaccines for their own populations while financing the scheme.

Some are still on the fence, including Brazil, which has one of the worst coronavirus outbreaks.

The United States said last week it would not join. President Donald Trump's administration objects to WHO involvement.

France's decision coincides with increasing scrutiny of the WHO's handling of the pandemic. France and Germany are also pushing to overhaul the WHO, which they see as excessively subject to external influences.

Paris took its decision even though the European Commission has softened its stance towards the WHO project, giving EU member states the option to buy vaccines through both schemes.

The EU executive had previously told member states not to purchase vaccines through the WHO scheme, deeming it slow, expensive and legally incompatible with the parallel EU procurement programme.

The Commission has committed 400 million euros ($475 million) in guarantees to COVAX so far but has said the terms of its involvement are still under negotiation.

The EU has reached an advance purchase deal on COVID-19 vaccines with AstraZeneca and is in talks with Johnson & Johnson, Sanofi, Moderna and CureVac..

COVAX is intended to procure and deliver 2 billion doses of approved vaccines by the end of 2021. It currently has nine COVID-19 vaccine candidates in its portfolio employing a range of technologies and scientific approaches.

(Reporting by Matthias Blamont in Paris, Additional reporting by Stephanie Nebehay in Geneva,Writing by Josephine Mason in London, Editing by Timothy Heritage)