By Karen Freifeld (Reuters) - Michael Cohen, U.S. President Donald Trump's former personal attorney, has been sent back to a federal prison in upstate New York after questioning a gag order as a condition of serving his criminal sentence under home confinement, Cohen's lawyer said 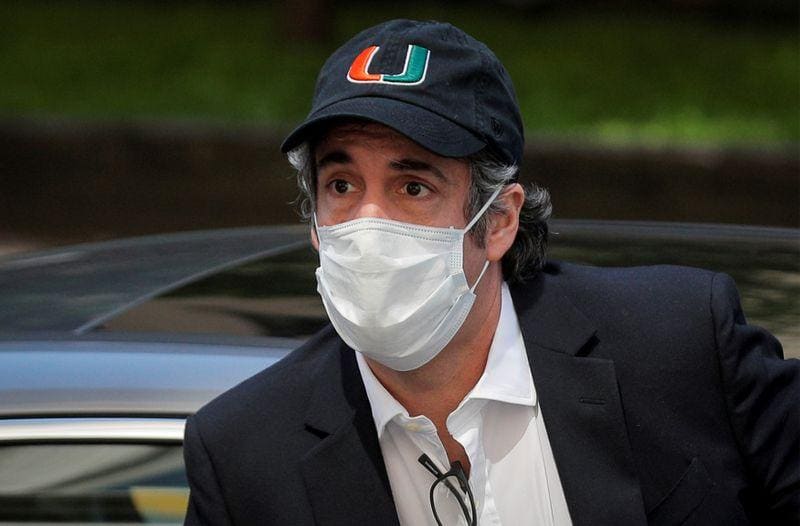 (Reuters) - Michael Cohen, U.S. President Donald Trump's former personal attorney, has been sent back to a federal prison in upstate New York after questioning a gag order as a condition of serving his criminal sentence under home confinement, Cohen's lawyer said.

Cohen, 53, had attended a meeting with probation officers in Manhattan on Thursday when he was presented with a list of conditions for home confinement, including that he not engage with news media outlets, according to his lawyer, Jeffrey Levine.

After questioning it, Cohen was shackled, sent to a federal jail in Manhattan and then transferred to the Federal Correctional Institution in Otisville, about 70 miles (110 km) northwest of New York City, where Levine said he is now being held under quarantine and in solitary confinement.

Cohen had been released from Otisville in May due to concerns over possible exposure to the novel coronavirus.

The U.S. Bureau of Prisons did not immediately respond to a request for comment on Friday, but Cohen is listed as an inmate at Otisville on its website.

On Thursday, a bureau spokeswoman said Cohen had been approved for furlough and was being processed for home confinement when he declined to agree to the terms required, including preapproval for media interviews.

According to a copy of the term sheet obtained by Reuters, Cohen was asked to agree to no engagement of any kind with the media, including social media, film, TV, books and news.

"It doesn't say without prior approval," Levine said, adding that Cohen told the probation officers he had already written a book. (On July 2, he had tweeted about the book and anticipated publication in September.)

Levine added that Cohen was willing to sign once he learnt the consequences, but was told it was too late.

"I continue to be in disbelief and outrage," said Levine, who is exploring possible remedies. "All this could have been resolved amicably."