London, United Kingdom: A British judge's findings that the Russian state was "probably" involved in the poisoning of ex-spy Alexander Litvinenko is "extremely disturbing", the office of Prime Minister David Cameron said Thursday.

"The conclusion that the murder was authorised at the highest levels of the Russian state is extremely disturbing," said Cameron's spokeswoman. 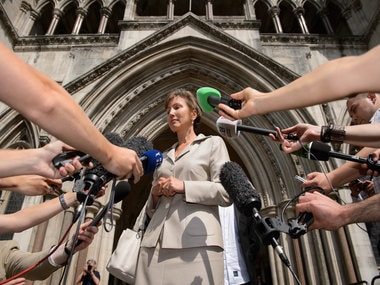 Marina Litvinenko, the widow of Russian former spy Alexander Litvinenko, speaks to the media outside the High Court in London. AFP PHOTO

"It is not the way for any state, let alone a permanent member of the UN Security Council, to behave," she said.

"Regrettably, these findings confirm what we and previous governments already believed."

Cameron's spokeswoman said the leader would "weigh carefully" any response with the "broader need to work with Russia on certain issues".

"He recognises the importance of engaging and co-operating with Russia where this is in the national interest and limiting our engagement with Russians... where that is in our interest."

Two Russians, Andrei Lugovoi and Dmitri Kovtun, were identified by British police as prime suspects but attempts to extradite the pair have failed.