BRUSSELS (Reuters) - The chairman of European Union leaders Donald Tusk on Tuesday got a mandate to seek out the best candidates for the EU's top jobs this year and said he aimed to fill at least half of them with women. 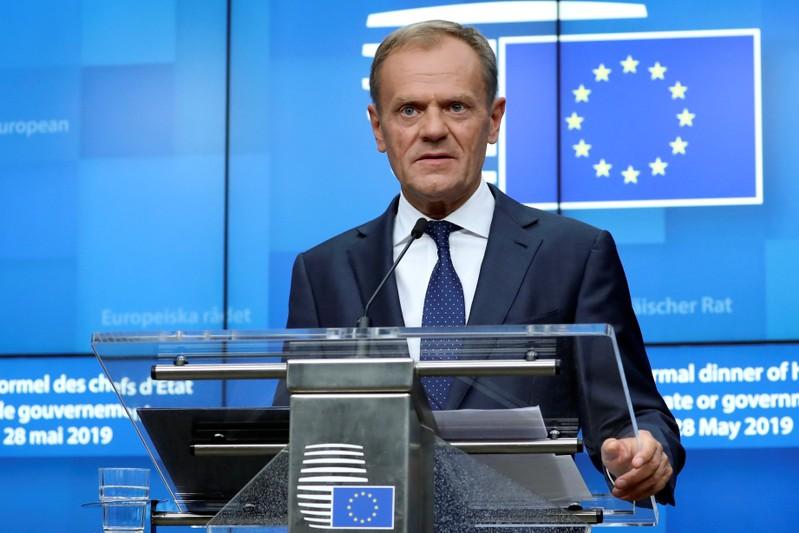 BRUSSELS (Reuters) - The chairman of European Union leaders Donald Tusk on Tuesday got a mandate to seek out the best candidates for the EU's top jobs this year and said he aimed to fill at least half of them with women.

"Gender balance means at least two women. Whether this is possible -- we will see, but it is my plan and my personal ambition and I felt very strong support from almost everyone in this aspect," Tusk told a news conference after an EU summit.

Tusk said he hoped to have nominations agreed in June and that in his negotiations with the European Parliament and EU capitals he would aim to maintain a balance among candidates in terms of geographies, gender and party affiliation.

He reiterated that EU leaders would not automatically accept candidates put forward by the European Parliament, although he noted national government leaders understood any successful candidate would need to enjoy majority parliamentary support as well.