By Paul Day MADRID (Reuters) - Major European countries threw their weight behind Venezuela's opposition leader Juan Guaido on Saturday saying they would recognise him as interim president if Nicolas Maduro failed to call elections within eight days. Britain, Germany, France and Spain all said they would recognise Guaido unless fresh elections were announced. Venezuela has sunk into turmoil under Maduro with food shortages and daily protests amid an economic and political crisis that has sparked mass emigration and inflation that is seen rising to 10 million percent this year 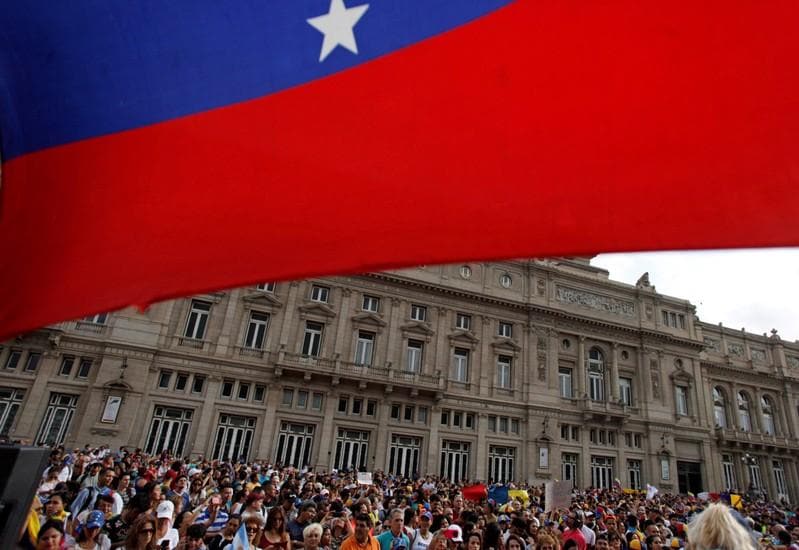 Britain, Germany, France and Spain all said they would recognise Guaido unless fresh elections were announced.

Venezuela has sunk into turmoil under Maduro with food shortages and daily protests amid an economic and political crisis that has sparked mass emigration and inflation that is seen rising to 10 million percent this year.

Maduro cruised to re-election in May last year amid low turnout and allegations of vote-buying by the government. The domestic opposition, the United States and right leaning Latin American governments declined to recognise the result of the vote.

Guaido proclaimed himself interim president on Wednesday though Maduro, who has led the oil-rich nation since 2013 and has the support of the armed forces, has refused to stand down.

Earlier this week, the United States declared support for Guaido, with Vice President Mike Pence calling Maduro "a dictator with no legitimate claim to power." Since then, most Latin American nations and Canada have all said they back the 35-year-old opposition leader.

On Saturday, they were joined by four European Union countries.

"If that doesn't happen, Spain will recognise Juan Guaido as interim president in charge of calling these elections."

"Unless elections are announced within eight days, we will be ready to recognise @jguaido as 'President in charge' of Venezuela in order to trigger a political process," Macron said.

A spokeswoman from the German government tweeted the same message shortly after the comments from Madrid and Paris.

"After banning opposition candidates, ballot box stuffing and counting irregularities in a deeply flawed election it is clear Nicolas Maduro is not the legitimate leader of Venezuela," Hunt tweeted.

EU foreign policy chief Federica Mogherini reiterated Brussels' call for Venezuela to hold free, transparent and credible presidential elections, adding that failure to do so would prompt further action by the EU.

Russia, meanwhile, called for the United States and Europe to cease interfering in Venezuela.

"The cynical, overt interference in the internal affairs of a sovereign state continues. It must stop," the Russian foreign ministry said in a statement on Saturday.

The United States said on Friday it was ready to step up economic measures to drive Maduro from power.