By Thomas Escritt BERLIN (Reuters) - European Union states will start vaccinations against COVID-19 in 10 days as Europe tries to catch up with Britain and United States after what some have criticised as a slow EU approval process for the shots. The Dec. 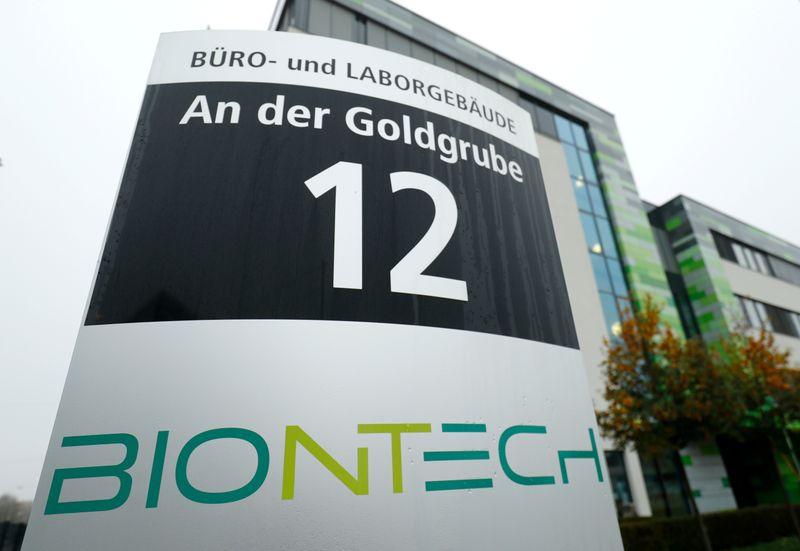 BERLIN (Reuters) - European Union states will start vaccinations against COVID-19 in 10 days as Europe tries to catch up with Britain and United States after what some have criticised as a slow EU approval process for the shots.

"In Germany we will start, if the approval comes as planned, on Dec. 27. The other countries in the EU want to be able to start and want to start from Dec. 27," Health Minister Jens Spahn said before an online meeting with Chancellor Angela Merkel and executives from vaccine maker BioNTech.

As a member of the EU, Germany is obliged, by and large, to wait for the European Medicines Agency (EMA) to approve the vaccine. The EMA is expected to make an announcement on Dec. 21.

A senior EU official said on Wednesday the bloc could give its final approval for the vaccine, developed by Pfizer and its partner BioNTech, on Dec. 23.

Von der Leyen confirmed the planned timetable for the start of inoculations for the European Union's 450 million citizens.

"On 27, 28 and 29 December vaccination will start across the EU," she wrote on Twitter. She had previously called for a coordinated start to inoculations on the same day in all 27 EU countries.

Italy said it would start vaccinating health workers on Dec. 27, the Sunday after Christmas. Vaccinations will also start in Austria on that date, Chancellor Sebastian Kurz said on Twitter.

Britain, which left the EU early this year, approved the shot on Dec. 3 for emergency use, followed by Canada on Dec. 9 and the U.S. Food and Drug Administration (FDA) on Dec. 11.

According to Spahn, the vaccine should become available to all 27 EU member states at the same time, regardless of their financial strength, thanks to negotiations led by the European Commission that he said were an "important signal of European solidarity".

Merkel said Germany was looking forward to starting life-saving vaccinations, a day after the country reported 952 deaths related to the coronavirus, its highest daily number yet.

BioNTech's Tuereci said the "marathon" was not over yet for the vaccine maker.

"Our team here at BioNTech has been working through nights and weekends, has put off vacations. They will continue over the Christmas to make sure delivery can happen quickly," she said.