BRUSSELS (Reuters) - The United States and European Union need to forge a new transatlantic alliance in areas such as climate change and the digital economy under president-elect Joe Biden, European Commission President Ursula von der Leyen said on Tuesday. Europe, she said, should take the initiative, with an offer to work with the next U.S. administration, stressing it would not mean a return to the agenda of five years ago 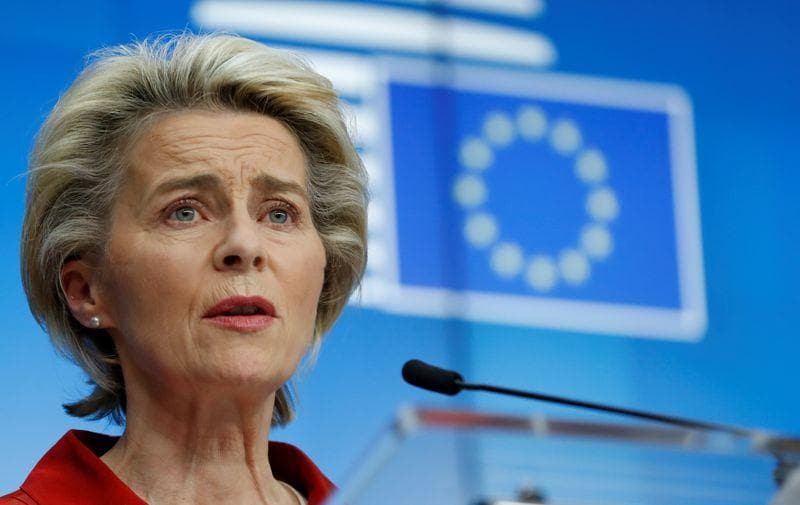 Europe, she said, should take the initiative, with an offer to work with the next U.S. administration, stressing it would not mean a return to the agenda of five years ago.

"Our alliance is based on shared values and history. On a common belief in working together to build a stronger, more peaceful and more prosperous world," von der Leyen said in a speech to EU ambassadors around the world.

"These goals will always endure. But in a changing global landscape, I believe it is time for a new transatlantic agenda fit for today's world."

She congratulated Biden and U.S. Vice President-elect Kamala Harris on their victory but did not mention outgoing President Donald Trump, who has not conceded to his opponent.

EU leaders' chairman Charles Michel will invite Biden to a call and then a summit in the bloc's political hub Brussels, which is also home to the headquarters of NATO.

Many European leaders watched with shock as Trump pulled the United States out of the Paris climate change agreement, slapped tariffs on EU goods and undermined multilateral bodies that America has backed for decades.

Von der Leyen said the EU was looking forward to the United States rejoining the Paris agreement, which Biden has said he will do.

The European Commission president said Europe would push for ambitious commitments at next year's international meetings on climate change and biodiversity, adding that the United States was "well placed to support us".

It is also time to reverse the trend of weakening multilateral organisations, such as the United Nations, the World Health Organization and the World Trade Organization, with reform where appropriate, she said.

One thorny area could be taxation of digital services companies. Von der Leyen said she hoped for a global consensus.

Mid-2021 had to be an absolute deadline, von der Leyen said, adding that Europe would act if there was no agreement by then.