By Francesco Guarascio BRUSSELS (Reuters) - European Union countries are rushing to secure special syringes needed to extract six doses from each vial of Pfizer's COVID-19 vaccine in an attempt to inoculate more people and avoid paying extra. The vaccine developed by Pfizer and its German partner BioNTech was the first to get EU approval in December. 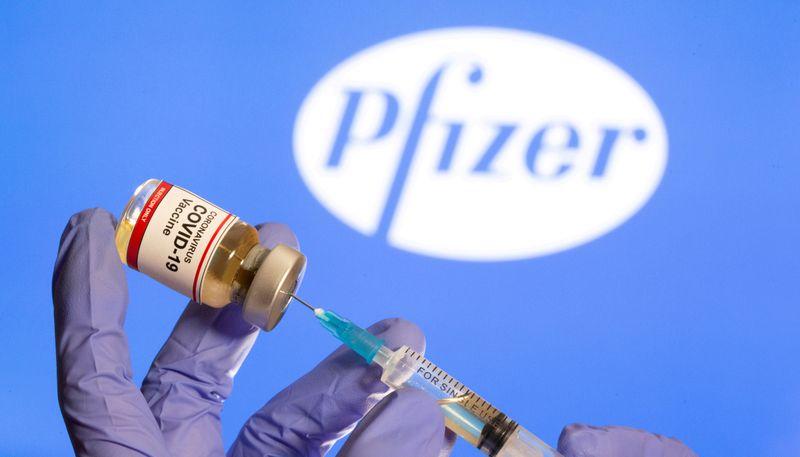 The vaccine developed by Pfizer and its German partner BioNTech was the first to get EU approval in December.

It was initially sold in the EU in vials meant to deliver five doses, but a global shortage of shots and a viability assessment on dosage convinced the EU drugs regulator to approve on Jan. 8 the extraction of six doses from the same vials.

The decision increased availability, prompting Pfizer to raise its output targets for this year to 2 billion vaccines from 1.3 billion initially envisaged.

For buyers of the vaccine, however, there was a drawback because EU states face the prospect of paying the price of six doses for each vial, regardless of their ability to extract a sixth shot.

"We will fulfil our supply commitments in line with our existing agreements – which are based on delivery of doses, not vials – and in accordance with locally approved labelling," Pfizer said after the EU drugs regulator's decision to shift to a six-dose label.

The European Commission has repeatedly declined to comment on the pricing arrangements after the regulatory change.

Officials and healthcare professionals in Germany and France, the bloc's largest states, have pointed to yields short of six doses because of technical difficulties and warned of a lack of the special syringes, known as Low Dead Space Syringes, needed to extract the sixth dose..

At a meeting of EU health ministers last week, Belgium said bottlenecks in the supply of these syringes were likely when Pfizer begins to deliver bigger volumes of its shots, of which the EU has secured 600 million doses, an official who attended the meeting told Reuters.

A Belgian diplomat said the country had urged the EU executive commission to speed up joint procurement for syringes to avoid "unnecessary delays".

While there is no immediate shortage, there are not enough syringes for mass vaccination, a spokeswoman for the Lithuanian health ministry told Reuters on Thursday, saying the Baltic country had joined the EU procurement scheme.

"What is now not a problem, can easily become a very big problem tomorrow," she said.

A spokesman for the EU Commission said the EU had negotiated contracts with several firms for the delivery of hundreds of millions of these special syringes and needles, but could not say when deliveries would begin.

The EU is the main buyer of the shot worldwide and Pfizer-BioNTech are the main suppliers of COVID-19 vaccines to the EU.

The two companies were heavily criticised when they announced last week a temporary slowdown in deliveries to EU countries while they improve production capacity.