By Jan Strupczewski and Gabriela Baczynska BRUSSELS (Reuters) - The EU's worry over Poland's campaign to subject judges to political control has only deepened in the three months since the first hearing in an unprecedented probe into Warsaw's rule of law, the EU official leading the investigation said. The European Union held its second hearing on Tuesday into accusations that Poland has violated democratic norms with steps that include forcing Supreme Court judges to retire early 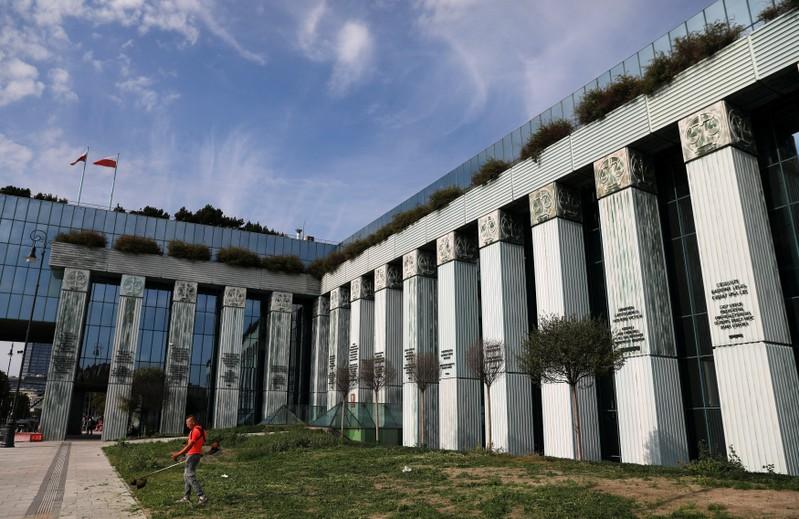 By Jan Strupczewski and Gabriela Baczynska

BRUSSELS (Reuters) - The EU's worry over Poland's campaign to subject judges to political control has only deepened in the three months since the first hearing in an unprecedented probe into Warsaw's rule of law, the EU official leading the investigation said.

The European Union held its second hearing on Tuesday into accusations that Poland has violated democratic norms with steps that include forcing Supreme Court judges to retire early.

"I don't have much good news for you," Frans Timmermans, a deputy head of the EU's executive European Commission who leads the so-called Article 7 case against Warsaw, said after the meeting. "Between the first and the second hearing, the Commission's concerns have increased. The situation in Poland has not improved," he told a news conference.

Tuesday's hearing was spurred by Warsaw's push to replace the head of the Supreme Court, which validates election results, following a range of other changes to the judiciary imposed by the ruling Law and Justice party (PiS) since coming to power in late 2015.

Ministers from EU countries attended the closed-door meeting to discuss the situation. Diplomats said about a dozen of them spoke to condemn Poland's behaviour.

"The situation has become more urgent than ever," Roth told the meeting, according to delegation sources.

Poland's EU affairs minister, Konrad Szymanski, said after the session the PiS judicial overhaul was "in line with European standards."

The investigation could potentially lead to measures as serious as stripping Poland of its voting rights in the EU, although in practice this is seen as virtually impossible since Poland's ally Hungary has pledged to veto any such punishment.

Last week the European Parliament voted to initiate the same punitive procedure against Hungary, where Prime Minister Viktor Orban his put pressure on media, courts and non-governmental groups in his eight years in power.

While the EU has often protested Orban's moves as undermining democratic checks and balances, it has mostly failed to stop him. Both cases highlight how the EU is struggling with nationalist and populist leaders on the rise in the bloc.

Diplomats said the EU was likely to organise more hearings like Tuesday's to keep the pressure on Poland. Timmermans also suggested the Commission will now decide to file a separate legal case against Warsaw at the bloc's top court.

Poland was also suspended this week from the European Network of Councils for the Judiciary (ENCJ), made up of national bodies that guarantee judicial independence. It decided the Polish National Council of the Judiciary was no longer independent as it is now appointed by politicians.

The forced retirement of judges in Poland has been criticised by the EU, rights groups and the domestic political opposition. Poland's Supreme Court itself has asked the European Court of Justice, the EU's top court, to rule on whether the early retirement was legal.

An ECJ ruling may take months. In the meantime, the Polish Supreme Court ruled that the proposed changes should be frozen. However, President Andrzej Duda, a PiS ally, has moved to appoint new Supreme Court judges anyway.