EU environment lawmakers edge towards a 60% emissions cut by 2030, ahead of vote

By Kate Abnett BRUSSELS (Reuters) - Lawmakers in the European Parliament's environment committee have agreed by a razor-thin majority to support a 60% European Union emissions reduction target for 2030, ahead of a key vote on Thursday. Lawmakers are scuffling over their position on the EU's climate law, which will include a new, more ambitious emissions-cutting target for 2030 to steer the bloc towards its flagship climate aim to reach net zero emissions by 2050 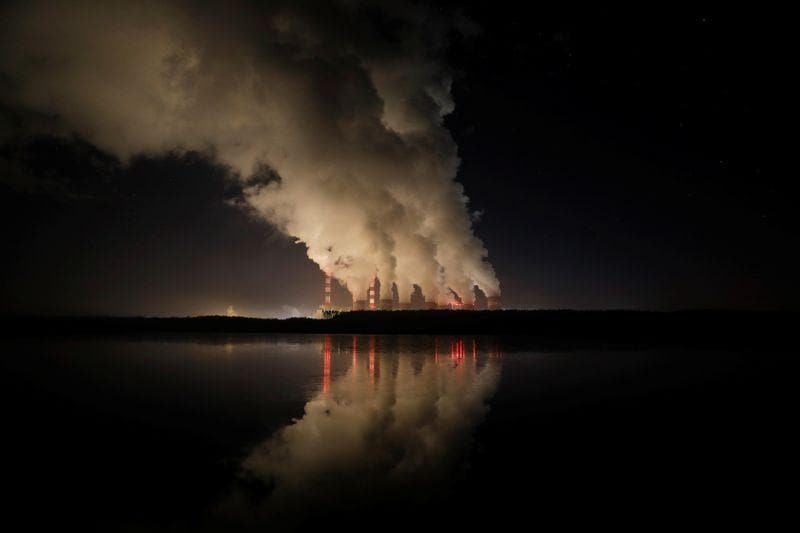 BRUSSELS (Reuters) - Lawmakers in the European Parliament's environment committee have agreed by a razor-thin majority to support a 60% European Union emissions reduction target for 2030, ahead of a key vote on Thursday.

Lawmakers are scuffling over their position on the EU's climate law, which will include a new, more ambitious emissions-cutting target for 2030 to steer the bloc towards its flagship climate aim to reach net zero emissions by 2050.

Officials involved in the talks said groups representing a majority of a few votes in the committee support a target for the EU to cut its greenhouse gas emissions by 60% by 2030, against 1990 levels.

Negotiations are ongoing. Some lawmakers support even deeper emissions cuts, but they are up against groups seeking to shore up votes for a less ambitious 2030 climate goal.

The committee votes tomorrow, kick-starting a convoluted policymaking process on the climate law. The full European Parliament will vote on the law next month, and must agree a final compromise with national governments.

It is not yet clear which target is likely to clinch majority support in parliament. The environment committee tends to favour more ambitious climate policies than the overall assembly, and two other parliament committees have already backed a 55% emissions target.

A 60% emissions-cutting target is more ambitious than the one being considered by the bloc's executive Commission and most member states. But by aiming higher, lawmakers hope to ensure the climate goal gets watered down less in the later discussions.

"It's important to get a positive signal to the [EU] institutions," said Sweden's Jytte Guteland, parliament's lead lawmaker on the issue, who previously proposed a 65% emissions-cutting target.

The European Commission is expected to propose a 55% emissions reduction target for 2030 next week. Experts say this is the minimum effort that would be needed to put the EU on track for net zero emissions by 2050.