BRUSSELS/WARSAW (Reuters) - Poland will appeal against an order by the European Union's top court to suspend an overhaul of the country's Supreme Court and reinstate judges forced into early retirement, the head of the ruling party in Warsaw said on Friday. The injunction issued by the European Court of Justice carries no right of appeal. 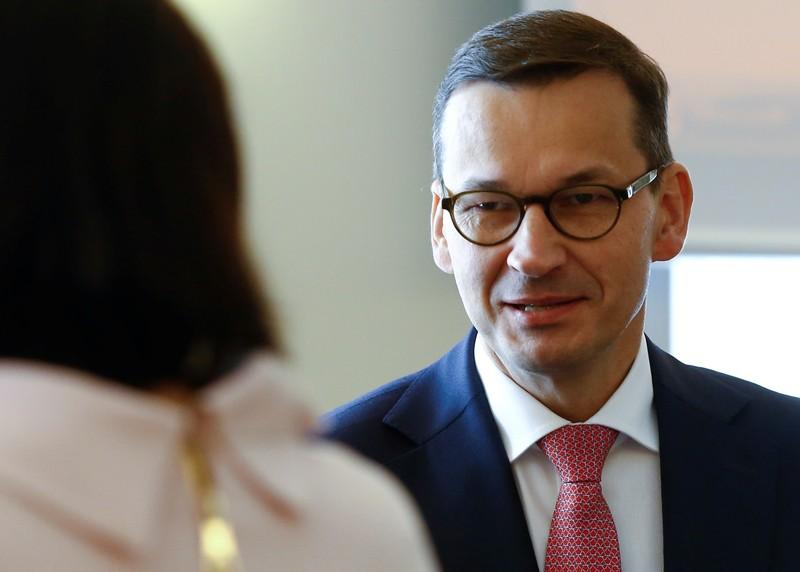 BRUSSELS/WARSAW (Reuters) - Poland will appeal against an order by the European Union's top court to suspend an overhaul of the country's Supreme Court and reinstate judges forced into early retirement, the head of the ruling party in Warsaw said on Friday.

The injunction issued by the European Court of Justice carries no right of appeal.

But Jaroslaw Kaczynski, who is also Poland's de facto leader, told a meeting of his Law and Justice (PiS) party: "We will observe the EU law, but ... we have the right to appeal. this is an initial decision and we will appeal.

"...We signed treaties, we will be observing them, but we will also defend our interests."

The ECJ order marks a new phase in a broader investigation by EU authorities into political reforms in Warsaw that Brussels argues are undermining democracy and judicial independence.

PiS, which has ignored a series of EU warnings to backtrack on the reforms, pushed through the supreme court law in July, effectively allowing it to hand-pick the country's top judges.

The law lowers the retirement age of judges to 65 from 70. Since its implementation, over 20 Supreme Court judges -- around one-third of the total -- have been forced to quit.

They include the court's chief justice, Malgorzata Gersdorf, who argues that she remains in that role under the constitution. She said she was "satisfied" with the ECJ ruling.

The Polish government says changes in the judiciary system are needed to improve the efficiency of the courts and rid the country of a residue of Communism, which collapsed in Poland almost 30 years ago.

In its interim ruling in a case brought by the European Commission, the ECJ told Poland to "immediately" suspend application of the law, adding the order applied retroactively "to the judges of the Supreme Court concerned by those provisions."

A final judgment will come at a later date, the ECJ said.

The EU investigation, brought under article 7 of the bloc's treaty, could in theory lead to Poland losing voting rights in the bloc.

But in practice any concrete penalty is unlikely as that would require unanimity among EU governments. Hungary, itself under an article 7 investigation, has repeatedly said it would not back any sanctions against Poland.