By Bart H. Meijer AMSTERDAM (Reuters) -The European Union geared up to launch mass vaccinations against COVID-19 just after Christmas after the shot developed by Pfizer and its German partner BioNTech cleared regulatory hurdles on Monday. European Union countries including Germany, France, Austria and Italy have said they plan to start vaccinations from Dec. 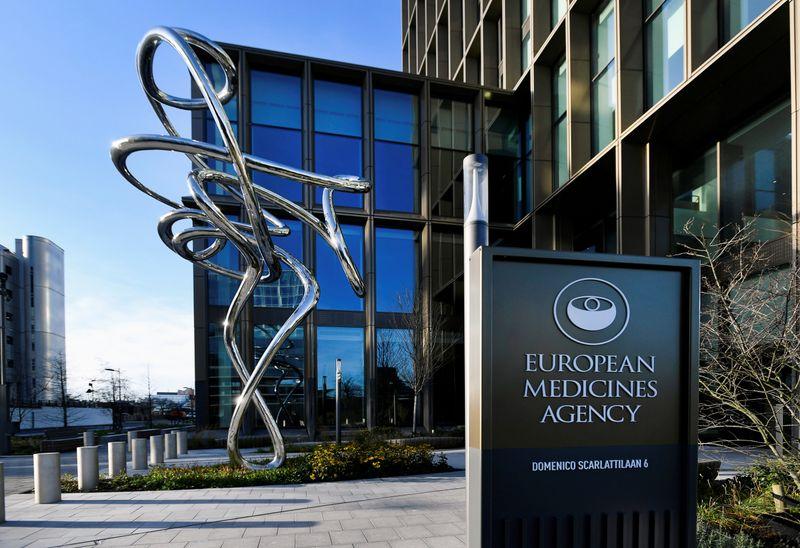 AMSTERDAM (Reuters) -The European Union geared up to launch mass vaccinations against COVID-19 just after Christmas after the shot developed by Pfizer and its German partner BioNTech cleared regulatory hurdles on Monday.

European Union countries including Germany, France, Austria and Italy have said they plan to start vaccinations from Dec. 27 as Europe tries to catch up with the United States and Britain, where inoculations began earlier this month.

Having secured a green light from the European Medicines Agency (EMA), the European Commission gave final approval on Monday evening to the EU's first COVID-19 vaccine.

Commission President Ursula von der Leyen said doses would be available for all EU countries, at the same time and on the same conditions.

"Today we add an important chapter to a European success story. We approved the first safe and effective vaccine against COVID-19. More vaccines will come soon," she said.

Italian Health Minister Roberto Speranza hailed the approval as "the news we have been waiting for," adding it "opened up a new phase and gives us more strength and confidence," in tackling a pandemic that has killed hundreds of thousands of Europeans.

Preparations for the vaccine roll-out come as the identification of a highly infectious new strain of the coronavirus in Britain caused chaos across the region, with countries shutting off travel ties with the UK and disrupting trade ahead of the Christmas holiday.

EMA officials said it was highly likely the vaccine would work against the new variant of the coronavirus.

EMA executive director Emer Cooke said it would take a long time to inoculate the 450 million people of the 27 EU countries.

"Vaccines alone will not be the silver bullet that will allow us to return to normal lives, but the authorisation of this first vaccine is definitely a major step in the right direction and an indication that 2021 can be brighter than 2020," she told a news briefing.

Student medics, retired doctors, pharmacists and soldiers are being drafted into a European vaccination campaign of unprecedented scale.

A phased-in approach means frontline healthcare workers and elderly residents of care homes are being prioritised, with most national schemes not reaching the general public until the end of the first quarter of 2021 at the earliest.

The EMA had started a rolling review of preliminary data from Pfizer trials on Oct. 6 in an effort to speed an approval process that usually takes at least seven months.

The EMA clearance, initially granted as conditional marketing approval (CMA), is valid for one year and can be renewed annually. It can be converted into a standard marketing authorisation after further data checks. This would be valid for five years but can be renewed for unlimited validity.

The process took longer than the ultra-fast emergency authorisation given by Britain, the first western country to endorse a COVID-19 shot.

The roll-out will be a test for Brussels' ability to unify Europe amid political pressure to speed up the process and tame the pandemic which has killed more than 1.6 million people globally.

It will also buy an extra 100 million with a timetable for delivery still to be negotiated.

EMA officials denied any political interference and defended the speed of the approval process.

"The focus was exclusively on the science, there were too many involved of the member states who would look into the science as to allow any political whitewashing or adaption," said Harald Enzmann, chair of EMA's Human Medicines Committee (CHMP).