By Suleiman Al-Khalidi Amman (Reuters) - Jordan's estranged Prince Hamza said in a voice recording released on Monday that he would disobey orders by the army not to communicate with the outside world after he was put under house arrest and accused of trying to destabilise the country. 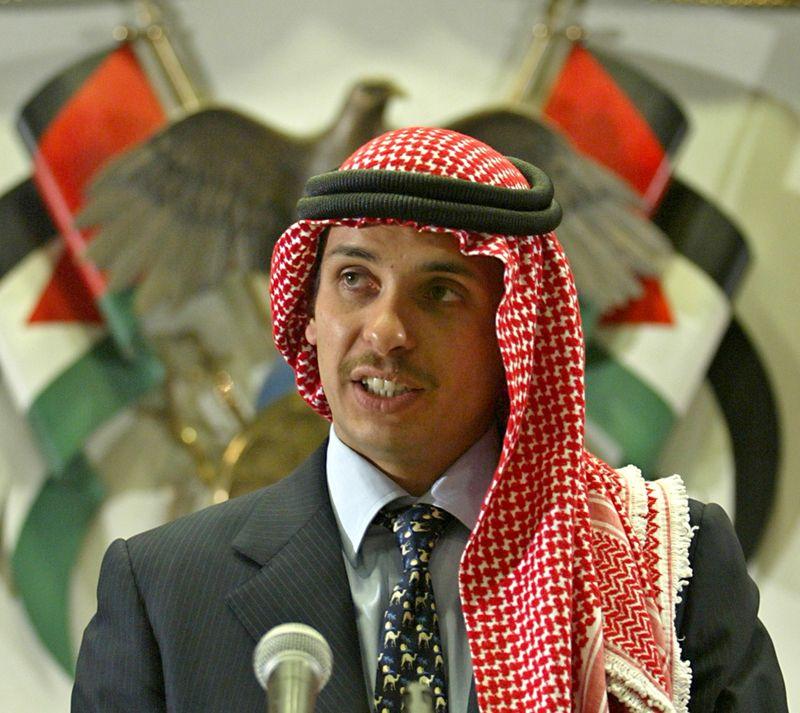 Amman (Reuters) - Jordan's estranged Prince Hamza said in a voice recording released on Monday that he would disobey orders by the army not to communicate with the outside world after he was put under house arrest and accused of trying to destabilise the country.

The half-brother of King Abdullah and former heir to the throne said in the recording released by Jordan's opposition that he would not comply after being barred from any activity and told to keep quiet.

While Prince Hamza is not seen as a direct threat to the king, his actions suggest he wants to shore up his position with the Jordanian public after being removed from the royal succession.

"For sure I won't obey when they tell you that you cannot go out or tweet or reach out to people but are only allowed to see the family. I expect this talk is not acceptable in any way," he said in the recording circulated to friends and contacts.

On Saturday, the military warned him over actions it said were undermining "security and stability" in Jordan, and he later said he was under house arrest. Several high-profile figures were also detained.

"The situation is difficult ... and the chief of staff came to me warning me and I taped his words and distributed it to friends abroad and my family in case something happens and now I am waiting to see what they will do," Prince Hamza said in the recording.

Officials said on Sunday Prince Hamza had liaised with people who had contacts with foreign parties in a plot to destabilise Jordan, an important ally of the United States, and that he had been under investigation for some time.

The intrigue is likely to shake Jordan's image as a haven of stability in the unpredictable Middle East.

A royal palace tweet later said the king had entrusted his uncle Prince Hassan, also a former crown prince, to take charge of the matter. Hassan had contacted Prince Hamza and agreed to family mediation over the affair, the palace said. [L8N2LY2EW]

"Prince Hamza confirmed he was committed to the Hashemite family path," the royal statement said.

It is unclear why the kingdom decided to crack down on Prince Hamza now, but he put himself at growing risk by stepping up visits in recent weeks to tribal gatherings where the king and his government have been criticised more openly.

Public anger has also increased since nine COVID-19 patients died when oxygen ran out in a newly built state hospital, exposing negligence blamed on official mismanagement and corruption. Protests were broken up with tear gas.

The prince went to the homes of those who died to pay condolences, hoping to upstage the monarch who had earlier gone to the hospital to defuse anger, officials say.

Efforts were underway to resolve the situation but Prince Hamza was not cooperative, the officials say. It is the first such open rift in the royal family in many years.

King Abdullah removed Prince Hamza from his position as heir to the throne in 2004.

In a video passed to the BBC by Prince Hamza's lawyer on Saturday, the prince accused Jordan's leaders of corruption, apparently hoping to tap into the public's frustrations.

Prince Hamza is not seen as a threat to the monarchy, which enjoys the support of the army and security services, but has gained sympathy among Jordanians sceptical of the government's accusations about his foreign links, saying it was a campaign to defame him.

"This is character assassination without evidence," said Ali R. al Tarawneh in a tweet.

A supporter identified only as Razan said on Twitter there was "no good in a country that imprisons its prince."

Others felt he was driven only by revenge at being sidelined and wanted to win popularity in tribal gatherings by emulating, in tone and language, his late father, who is revered by many Jordanians.

Prince Hamza is the oldest son of the late King Hussein and his wife Noor, who had groomed him as a future monarch. He has served in the Jordanian armed forces.

He angered the royal palace by trying to endear himself to a poor tribal constituency that has felt the impact of a shrinking economy and the state's inability to keep creating jobs that have long absorbed tribesmen in rural and Bedouin areas.

Officials said between 14 and 16 people had been arrested in connection with the alleged plot.

Jordan's neighbours and allies have expressed solidarity with King Abdullah over the security measures in the kingdom.