ANKARA (Reuters) - Turkey will use its right to crush Kurdish militia fighters if they have not withdrawn from a 'safe zone' in northern Syria as per a truce agreement with the United States, President Tayyip Erdogan said on Thursday. 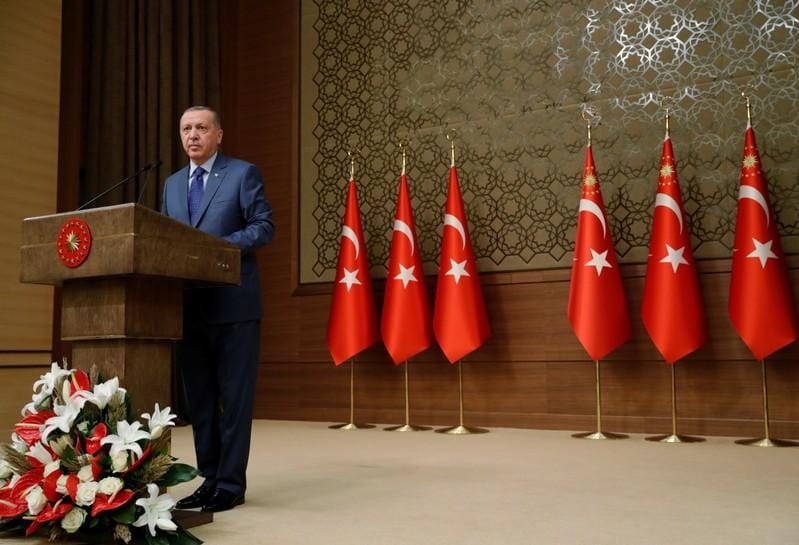 ANKARA (Reuters) - Turkey will use its right to crush Kurdish militia fighters if they have not withdrawn from a "safe zone" in northern Syria as per a truce agreement with the United States, President Tayyip Erdogan said on Thursday.

Earlier on Thursday, the Kurdish-led Syrian Democratic Forces (SDF) accused Turkey of launching an offensive targeting three villages in northeast Syria despite a truce, but Russia said a peace deal struck this week was going ahead smoothly.

Erdogan said Turkey would implement its plans for an offensive if the Syrian Kurdish YPG militia did not withdraw from along its border as agreed upon with Russia. He also criticised world leaders meeting with YPG commanders, saying such moves hindered the fight against terrorism.