LONDON (Reuters) - Britain is hoping the rest of the European Union falls in behind France and Germany and agrees to work on solving a deadlock over Brexit, with officials sensing a glimmer of hope after meetings this week, but conscious of the need for a wider consensus in Europe. 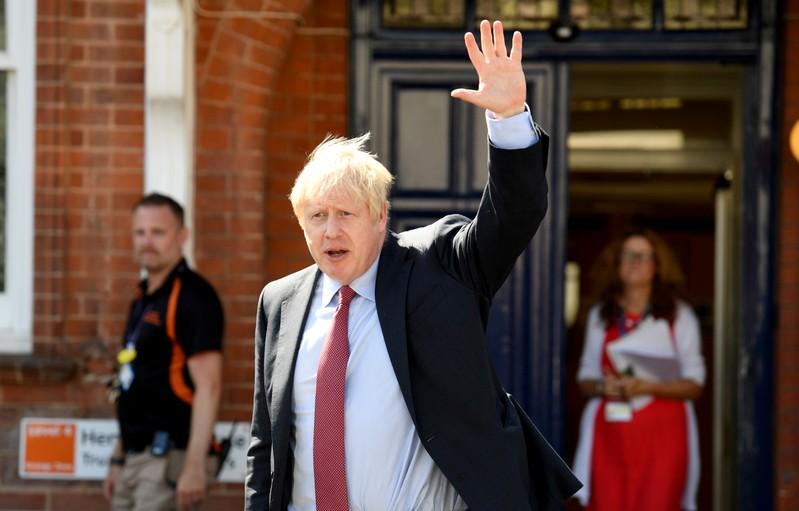 LONDON (Reuters) - Britain is hoping the rest of the European Union falls in behind France and Germany and agrees to work on solving a deadlock over Brexit, with officials sensing a glimmer of hope after meetings this week, but conscious of the need for a wider consensus in Europe.

Britain is on course to leave the EU, its biggest trading partner, on Oct. 31 without any formal deal to soften the unprecedented divorce, unless both sides agree to reopen stalled talks and find a way to resolve their differences.

This week, some British newspapers cheered what they called a major breakthrough and sterling rose after both German Chancellor Angela Merkel and French President Emmanuel Macron offered Prime Minister Boris Johnson what he described as "positive noises" on their willingness to consider an exit deal agreement.

But Berlin, Paris and Brussels said the bloc's position had not altered: the Withdrawal Agreement struck last year by then-prime minister Theresa May will not be changed much. And the clock is ticking.

British officials were also keen to douse talk of a big diplomatic victory but said they were pleased at the way the prime minister's first foreign visits had gone and that there had been a clear willingness to talk about solutions.

A separate source in Johnson's office said that while the meetings had been a success in terms of building rapport between the prime minister and the EU's two most powerful leaders, the rest of the bloc needed to show the same desire to work on a solution.

The source said Johnson would not make the mistake of thinking Merkel alone could deliver a new deal for Britain, criticising previous governments for being too keen on the idea that the German chancellor could be Britain's "saviour".

In an encouraging sign, Dutch Prime Minister Mark Rutte said on Friday he would be willing to listen to alternative plans for the Irish backstop - the biggest stumbling point to agreement - but warned there was no easy solution.

The need for broader support is likely to be relayed to Donald Tusk, President of the European Council that brings together all EU member states' leaders, when he meets Johnson on Sunday at a G7 summit in the French resort of Biarritz.

The meeting with Tusk, who has been a consistent critic of Britain's decision to leave the EU and its handling of negotiations, will give some indication on how much appetite there is to work for a deal among the rest of the bloc.