By Joey Peters BARRON, Wis. (Reuters) - A Wisconsin judge sentenced Jake Patterson to two terms of life imprisonment on Friday for kidnapping 13-year-old Jayme Closs and murdering her parents, describing him as 'one of the most dangerous men ever to walk this planet.' Barron County Circuit Court Judge James Babler said Patterson, 21, admitted to having fantasies of 'taking multiple girls, and killing multiple families' and he could never be released from prison 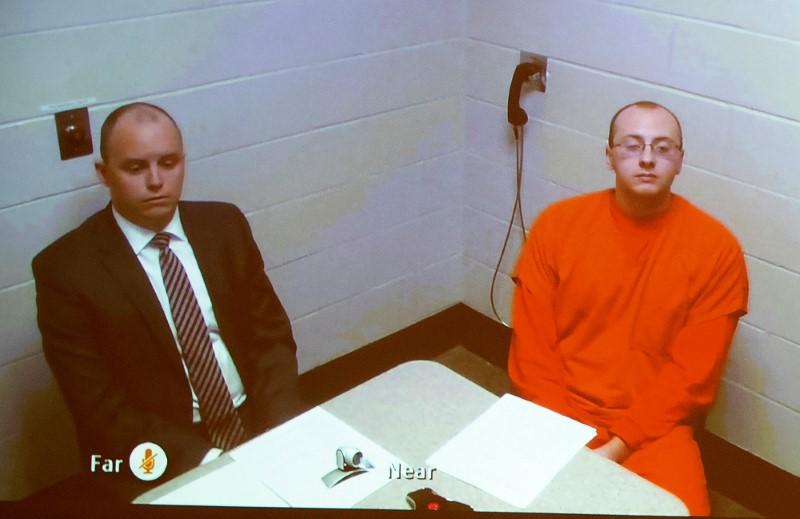 BARRON, Wis. (Reuters) - A Wisconsin judge sentenced Jake Patterson to two terms of life imprisonment on Friday for kidnapping 13-year-old Jayme Closs and murdering her parents, describing him as "one of the most dangerous men ever to walk this planet."

Barron County Circuit Court Judge James Babler said Patterson, 21, admitted to having fantasies of "taking multiple girls, and killing multiple families" and he could never be released from prison.

"Mr. Patterson, you initially murdered two innocent parents, parents trying to protect their daughter," an emotional Babler said as he gave Patterson the maximum sentence possible in a state that does not have the death penalty.

He described the former cheese factory worker, who was kicked out of the U.S. Marines after five weeks, as "the embodiment of evil."

Patterson, 21, in March admitted to committing the October killings and abduction in Barron County, Wisconsin, holding Closs for 88 days before her daring Jan. 10 escape.

Closs had a message for Patterson, who killed her parents only feet away from her.

"Jake Patterson took (my parents) away forever,” she said in a statement read by her attorney. "He can’t take away my freedom. I will always have my freedom and he will not."

Closs now lives with her uncle and aunt.

"Because of this monster, Jayme won't have her mom and dad at her dance recitals," Mike Closs, Jayme's uncle, said in court.

Closs' aunt Jennifer Smith said the family was satisfied with the sentence and knew it would give Jayme peace.

"She lives in fear, doesn't have a normal 13-year-old life, and that's all from what you did," Smith told Patterson in court. "I won't let you destroy our family no more. We can be happy."

Patterson, with close-cropped hair and dressed in an orange prison uniform, sat with his head down most of the time. But he shook his head on two occasions. The first was when Barron County District Attorney Brian Wright said he remained a threat to Jayme. The second was when Babler said, based on a statement Patterson made in his jail cell, that he had fantasies of kidnapping and killing multiple people.

Patterson's defense lawyer said "a lifetime of social isolation" led him to commit the crimes.

Patterson expressed his regret in a mumbling statement.

Patterson carefully planned the crime, according to police, visiting the Closs family twice before he pulled into their driveway in the early hours of Oct. 15.

Dressed in black with a face mask, he shot Closs' father through the front door with a shotgun then broke down the door of the bathroom where Closs and her mother were hiding. Patterson bound the girl with duct tape, shot her mother, then put Closs in the trunk of his car and drove to his cabin in Gordon, about 60 miles (97 km) north of Barron.

Patterson, described by his lawyer as "a quiet man," kept Closs locked in his room and barricaded her under his bed when he had guests, according to court documents.

On Jan. 10, when Patterson left the cabin, the girl escaped and police subsequently arrested Patterson.

"This case was about the courage and bravery of a 13-year-old girl," said Wright following the sentencing. "We are proud of you, Jayme."