Election thumping on the cards for Merkel coalition parties - polls

BERLIN (Reuters) - German Chancellor Angela Merkel's conservatives and the centre-left Social Democrats (SPD) both face a drubbing in a regional election on Oct. 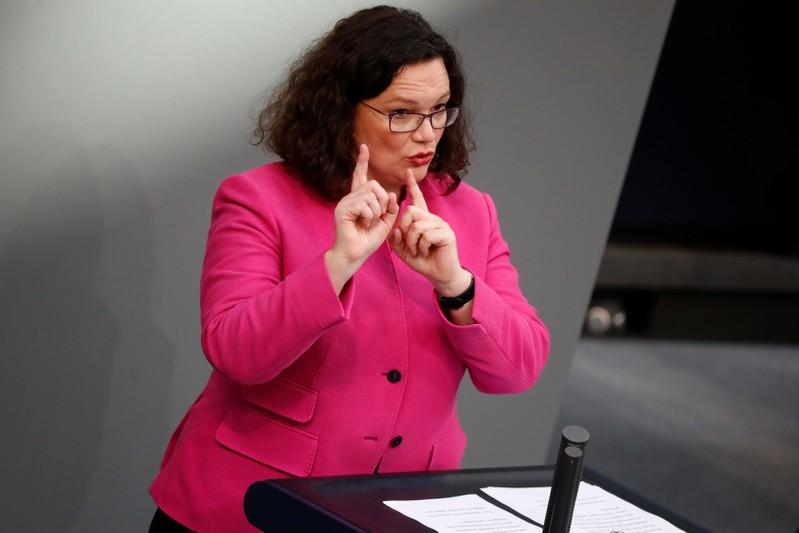 The drop in support for Merkel's Christian Democrats (CDU) comes after their Bavarian sister party, the Christian Social Union (CSU), suffered its worst performance since 1950 in a state vote on Sunday.

Poor back-to-back results for Merkel's conservative alliance would undermining her standing going into a CDU party conclave followed by the party's annual congress in early December. If she does not emerge well from those events, her opponents will be emboldened.

A regional poll by Forschungsgruppe Wahlen for broadcaster ZDF showed support for the CDU at 26 percent ahead of the Oct. 28 vote in the western state of Hesse, home to financial centre Frankfurt. The CDU won 38.3 percent at the last state election there in 2013.

A national poll by DeutschlandTrend had both the CDU and the SPD at their lowest levels since the survey launched in 1997, at 25 percent and 14 percent, respectively.

The regional poll suggested the Greens will be the big winner in Hesse, jumping into second place. However, support for the incumbent alliance of CDU and Greens was equal to that of the other parties, so they may need a third partner.

A so-called 'Jamaica' coalition of the CDU, Greens and FDP - whose colours match the Jamaican national flag - would be one option. Support for the FDP, and the far-left Linke, was at 8 percent each, the poll showed.

Negotiations on forming a Jamaica government at the national level collapsed this year, forcing Merkel's conservatives and the SPD to renew their governing coalition, a loveless alliance that had been plagued by infighting.

After the Bavaria election debacle, Merkel promised to restore trust in her government. SPD leader Andrea Nahles said "something has to change" in the ruling coalition.

Support for the far-right Alternative for Germany (AfD), which hailed the Bavaria result as "an earthquake" that would rock the ruling coalition, was broadly steady in Hesse at 12 percent, the poll showed.

Forschungsgruppe Wahlen surveyed 1,035 voters in Hesse from Monday to Wednesday.