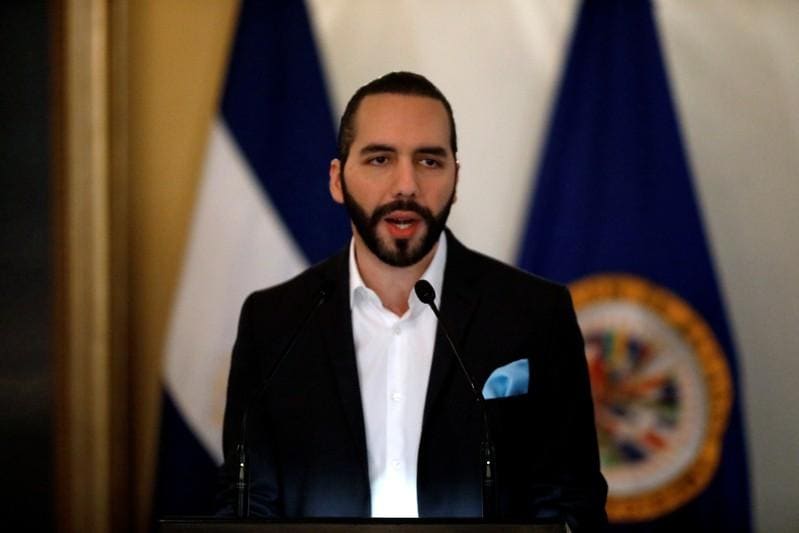 SAN SALVADOR (Reuters) - El Salvador said on Monday its president would discuss migration with U.S. President Donald Trump this week in New York, after agreeing the United States could send back asylum seekers who cross El Salvador while journeying north.

According to a copy of the agreement seen by Reuters on Monday, El Salvador would assess whether to extend refuge to migrants returned by the United States.

The agreement, announced on Friday, is similar to "safe third country" deals the Trump administration wants with several Latin American countries traversed by growing numbers of U.S.-bound migrants, many of whom set out from Central America.

Guatemala has already signed a safe third country agreement that requires asylum seekers passing through the Central American nation to seek refuge there first rather than in the United States. Guatemala's Congress has yet to ratify the deal.

Honduras is in talks with the United States over the possibility of implementing a similar measure for Cuban asylum seekers.

The U.S.-El Salvador deal will take effect only after details are hammered out including how to return asylum seekers to El Salvador and the number of people to be sent back, the document says.

It was unclear how such a deal would work, given that most migrants from other countries take routes that avoid crossing the small country that makes up the violent so-called Northern Triangle region along with Honduras and Guatemala.

Salvadoran President Nayib Bukele, who took office in June, will be in New York along with Trump for the United Nations General Assembly. The two are slated to discuss regional security and investment in a meeting on Wednesday in addition to migration, said a statement from the Salvadoran presidency.

"President Bukele has suggested that the United States could contribute by promoting investment and job creation, so that fewer Salvadorans see the possibility of emigrating to that country as the only way out of their economic problems and lack of opportunities," the statement said.