'El Chapo' says he will not testify in his own defense

By Brendan Pierson NEW YORK (Reuters) - Accused Mexican drug lord Joaquin 'El Chapo' Guzman said in court on Monday that he will not testify in his own defense at his U.S. trial. Guzman announced his decision after prosecutors rested their case against him in federal court in Brooklyn 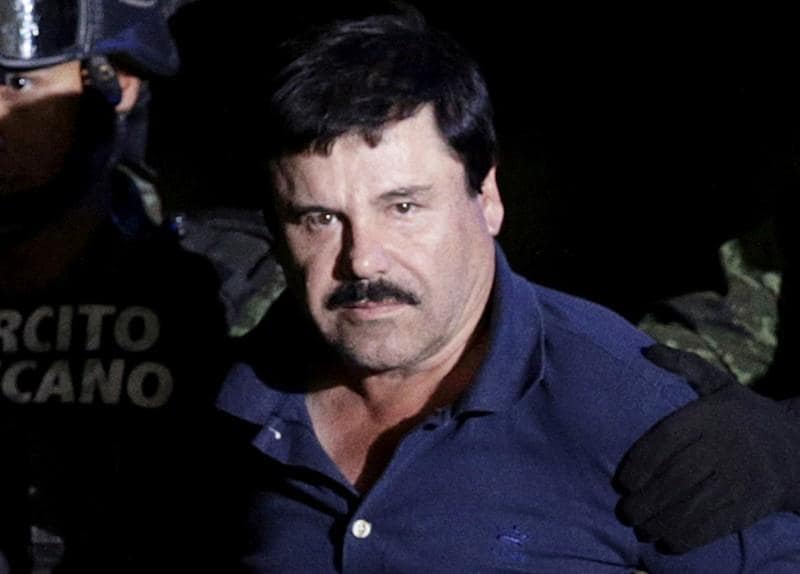 NEW YORK (Reuters) - Accused Mexican drug lord Joaquin "El Chapo" Guzman said in court on Monday that he will not testify in his own defense at his U.S. trial.

Guzman announced his decision after prosecutors rested their case against him in federal court in Brooklyn. After excusing the jury, U.S. District Judge Brian Cogan asked Guzman directly whether he understood it was his decision, not that of his lawyers, to testify or not.

"Yes, but they counselled me about it and I agree with them," Guzman answered.

Had Guzman, 61, testified, it would have provided a fitting climax to an already dramatic trial. However, Guzman's decision was widely expected, as testifying would have exposed him to cross-examination by prosecutors.

Prosecutors have put more than 50 witnesses on the stand since the trial began in November, many of them former Guzman associates who have pleaded guilty to U.S. charges and agreed to cooperate with prosecutors. Their testimony has offered an unprecedented look at the inner workings of the Mexican drug trade.

Jeffrey Lichtman, one of Guzman's lawyers, said in his opening argument in November that his client was framed by the cartel's true leader, Ismael "El Mayo" Zambada, with the help of corrupt government officials.

Lichtman said on Monday he planned to call two U.S. law enforcement agents, whom he did not name, as defense witnesses on Tuesday morning. Lichtman had said in a court filing on Saturday that he wanted to call the agents to rebut testimony by two of the prosecution's witnesses about their earlier statements to law enforcement.

The trial has also featured accusations of corruption against Mexican government officials, the most explosive of which was that former Mexican President Enrique Pena Nieto took a $100 million bribe from Guzman. A spokesman for Pena Nieto has denied the allegation.

Alejandro Edda, the Mexican actor who plays Guzman in the Netflix television drama "Narcos," made a surprise appearance in the courtroom gallery Monday. Guzman grinned broadly at Edda after his lawyers told him who he was.

Edda later told reporters outside the courthouse that the smile "shook" him.