CAIRO (Reuters) - Egyptian President Abdel-Fattah al-Sisi and U.S. President Donald Trump agreed on Monday on the need to maintain a ceasefire in Libya and avoid an escalation between the forces fighting there, Egypt's presidency said 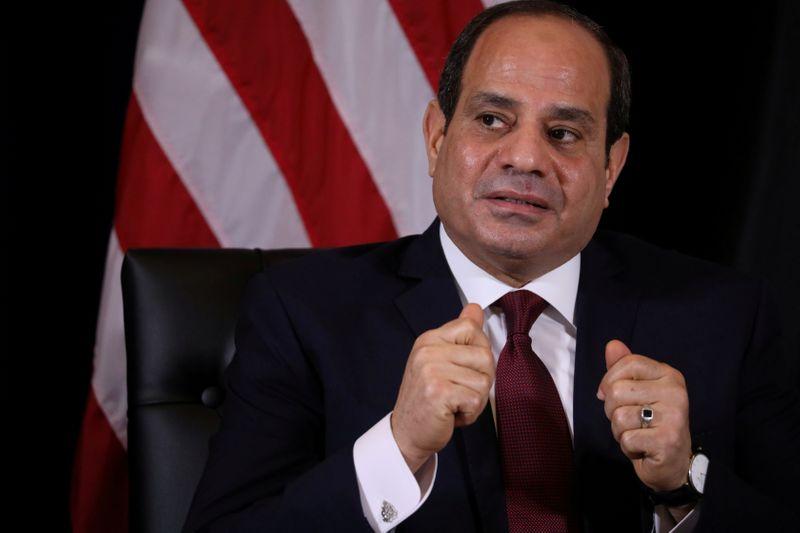 CAIRO (Reuters) - Egyptian President Abdel-Fattah al-Sisi and U.S. President Donald Trump agreed on Monday on the need to maintain a ceasefire in Libya and avoid an escalation between the forces fighting there, Egypt's presidency said.

Egyptian media said lawmakers would discuss Libya and that they might give Sisi a mandate to intervene in the conflict.

Sisi said last week Egypt would not stand idle in the face of what he called threats to Egyptian and Libyan security, and that any intervention in Libya would require the approval of parliament, which is dominated by his supporters.

Egypt is concerned about instability in Libya and Turkey's support for the internationally recognised government in Tripoli, whose fighters have moved closer to the central city of Sirte in the hope of recapturing it from the eastern-based Libyan National Army (LNA) of Khalifa Haftar.

Sirte is the gateway to oil exporting ports which are held by the LNA and Sisi last month declared the Sirte frontline a red line for Egypt, which supports Haftar alongside the United Arab Emirates and Russia.

Turkish support for the internationally recognised government's forces has contributed to the LNA abandoning its 14-month offensive on Tripoli, a setback for Haftar's plan to unify Libya by force.

A big escalation in Libya could risk igniting a direct conflict among the foreign powers that have poured in weapons and fighters in violation of an arms embargo.

Sisi and Trump also discussed Ethiopia's planned Blue Nile dam, the Egyptian presidency said. Cairo is worried that Ethiopia will start filling the dam without an agreement with Cairo and Sudan, which would also be affected.