Ebola spreads to high-risk area of Congo: WHO

GENEVA (Reuters) - Democratic Republic of Congo's Ebola outbreak has spread southwards into an area with high security risks, the World Health Organization said. The outbreak, the country's worst, has killed 439 of the 713 people believed to have caught the disease. 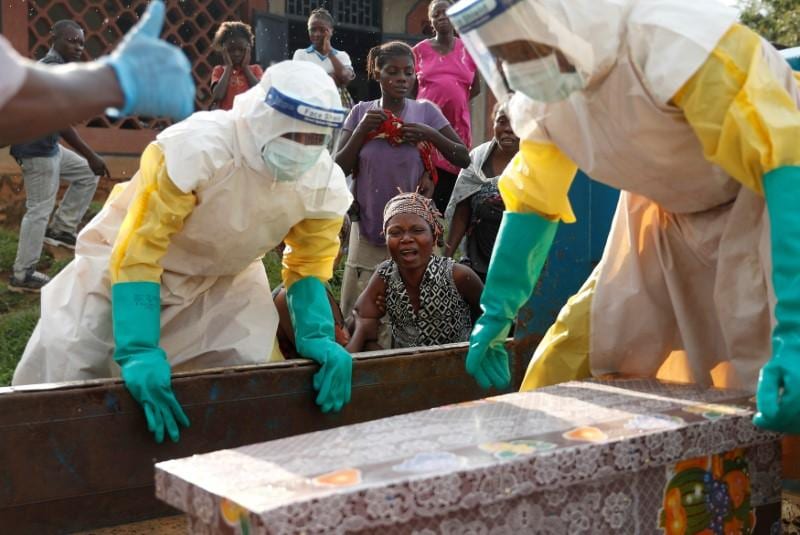 The outbreak, the country's worst, has killed 439 of the 713 people believed to have caught the disease. The fight against Ebola depends on tracing people who may have had contact with the disease and could fall ill and spread it further.

But the outbreak in a region of Congo with frequent fighting makes it hard for health workers to move around and monitor potential sufferers and to spread messages about how to avoid becoming sick.

Most of the cases since the start of the year have been in Katwa health zone, where the WHO said Ebola workers had faced "pockets of community mistrust" and most people falling ill were not on lists of people suspected of coming into contact with Ebola.

"The outbreak has also extended southwards to Kayina health zone, a high security risk area," the WHO said in its statement late on Thursday. There have been five cases in Kayina, which lies between the main outbreak zone and the major city of Goma, which is close to the Rwandan border.

The WHO said that after running an Ebola simulation exercise in Rwanda, it was sending a team to beef up the country's preparedness and to vaccinate health workers who would be first to come into contact with Ebola if it spread across the border.

However, WHO spokeswoman Fadela Chaib said there had also been a decline in cases around the previous hotspot Beni.

"It is very premature to shout victory, it's true we had some success in Beni because all the steps we've taken have had an impact, but unfortunately we see cases turning up in other areas," she said.

"The country is not only facing Ebola but other health threats, just to name malaria, cholera, vaccine-derived polio, and also a very long humanitarian crisis and a lot of violence in several regions."

More than 60,000 people have been vaccinated in Congo, as well as 2,500 in Uganda, one of the countries at "very high" risk from the disease.

Chaib said there were 4,000 people with potential Ebola contact under surveillance and 156 patients in hospital.