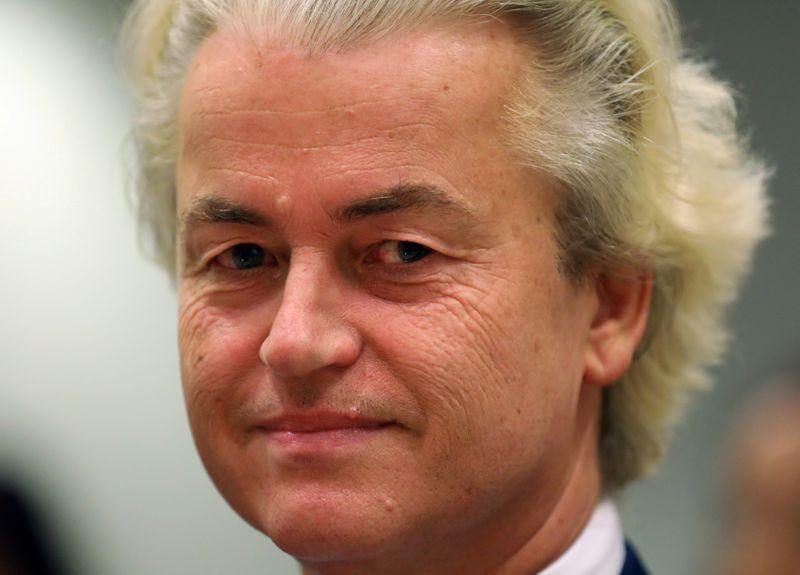 AMSTERDAM (Reuters) - Dutch anti-Islam lawmaker Geert Wilders on Saturday said he had revived his plan to hold a contest for cartoons caricaturing the Prophet Mohammad, more than a year after cancelling such an event out of fear for attacks in the Netherlands.

In a post on Twitter late on Saturday, Wilders called on people to send in their Mohammad cartoons.

"Freedom of speech must prevail over violence and Islamic fatwa's", the leader of the largest opposition party in the Dutch parliament wrote.

Wilders cancelled a similar contest in August last year after police arrested a man who had threatened to kill him over his plan.

At the time, plans to hold the contest also prompted large demonstrations in Pakistan, organised by Islamist party Tehreek-e-Labbaik, which called on Islamist countries to sever all ties with the Netherlands.

Images of the Prophet Mohammad are traditionally forbidden in Islam as idolatrous. Caricatures are regarded by most Muslims as highly offensive.

In 2005, Danish newspaper Jyllands-Posten published cartoons of Mohammad that sparked demonstrations across the Muslim world as well as several attempts to kill either its editor or cartoonist Kurt Westergaard.

Ten years later, a pair of Islamist gunmen killed 12 people at the offices of magazine Charlie Hebdo in Paris, also known for publishing satirical cartoons of the Prophet.