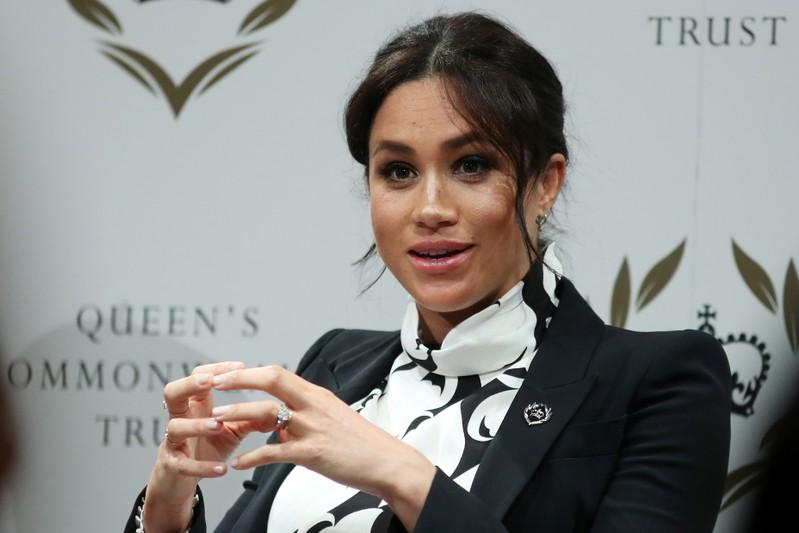 LOS ANGELES (Reuters) - Two friends of Prince Harry's wife Meghan are speaking out to defend her against a wave of negative publicity in the British press and on social media platforms.

Her longtime friend and makeup artist, Daniel Martin, broke into tears as he spoke about the Duchess of Sussex, as the former American actress is now officially known.

"I know she doesn't deserve all of this negative press," Martin said in an interview for CBS television in the United States, according to an advance excerpt. The interview will be broadcast on Friday.

Less than a year after she married Prince Harry in May 2018, Meghan has been dubbed "Duchess Difficult" by some British newspapers. Others have published a stream of unsourced reports claiming there is a rift between Meghan and some senior royals, as well as between Meghan and Harry and his elder brother William and his wife Kate.

"What’s so frustrating is that you hear these stories and there’s no truth to them,” Martin said.

Britain's Buckingham Palace and individual royals rarely speak out to counter negative stories about themselves. However the Palace did appeal in March for kindness on official social media channels and warned of possible police action following a rise in abusive racist or sexist comments, often aimed at Meghan or Kate.

"She doesn’t read the bad or the good because... she knows the metrics that you have for your own life cannot be based on a headline that somebody else wrote,” Gavankar told CBS.

The interviews with U.S. broadcaster Gayle King form part of a CBS special report "Meghan and Harry Plus One," which marks the arrival of the couple's first child, Archie, on May 6.