Drive-through coronavirus tests: coming to a store near you 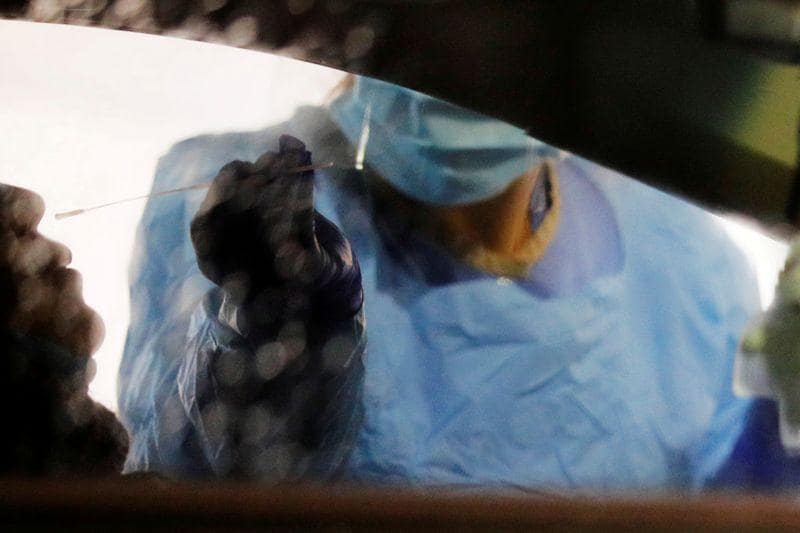 By Laila Kearney and Deborah Bloom

NEW YORK/SEATTLE (Reuters) - New York state opened its first drive-through coronavirus test site on Friday, following a similar experiment in Seattle. Other places are set to do the same, improving availability of tests while keeping people in cars to avoid spreading the virus.

"This is a very creative way of testing," New York Governor Andrew Cuomo told a news conference on Friday in New Rochelle, a suburb of New York City that has one of the biggest cluster of coronavirus cases in the United States. To date, the virus has killed at least 47 Americans and infected nearly 1,700, with many more expected.

"This facility will be open for as long as it needs to be open... I think we are looking at a matter of months... I think this could be a six, seven, eight, nine-month affair," Cuomo said.

The effort will soon go national, rolling out as soon as Sunday.

"We've been asked to make portions of our parking lot available in select locations in the beginning and scaling over time as supply increases, so that people can experience the drive-through experience that the president described," Doug McMillon, chief executive of Walmart, said at the White House event.

The University of Washington in Seattle has been running a drive-through testing centre at a parking garage for the past week.

Patients drive up, remain in their cars, and medical staff dressed in protective equipment administer the test - a swab of the nasal cavity - through an open window.

"There's really pretty minimal interaction with the patient until you get to the testing step. So it's really not until you roll down the window and then swab them," said Dr Seth Cohen, medical director of infection prevention and employee health at the University of Washington.

"The parking garage was done partly because we want good ventilation and we don't want people congregating in waiting areas where they can spread infections to each other," he added.

"For Americans, it's an easy concept to grasp, where we just give people appointments, they show up and we just get them through and in and out as quickly as possible."