By Nidal al-Mughrabi GAZA (Reuters) - On a deserted beachfront in a newly locked-down Gaza, fishermen look impotently at the Mediterranean waters they can no longer access under two separate bans - one by Israel and the other by Hamas police imposing COVID-19 restrictions. 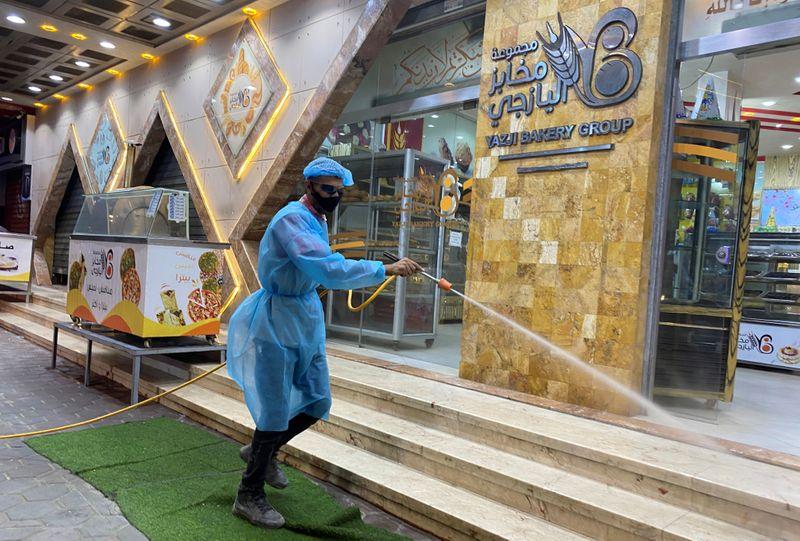 GAZA (Reuters) - On a deserted beachfront in a newly locked-down Gaza, fishermen look impotently at the Mediterranean waters they can no longer access under two separate bans - one by Israel and the other by Hamas police imposing COVID-19 restrictions.

In a narrow coastal enclave that is home to 2 million Palestinians, the 40 km coastline in normal times provides an important food source, and employment for 4,000 fishermen.

But old politics and new pandemic combined to leave the territory's fish markets virtually empty on Friday, when they would usually be packed on the busiest day of the week with Palestinians buying fresh sea bream and sardines.

The enforced fishing layoff began on Aug. 16 when Israel tightened its long-standing blockade of Gaza, grounding boats after an increase in incendiary balloons flown from Gaza into Israel by supporters of militant groups in what Israel deemed a "continued violation of security stability".

"We were banned from the sea because of the occupation, and a week later because of the coronavirus. Now we are (jobless)," said Miqdad outside his home in Beach refugee camp.

Humanitarian organisations fear COVID-19 could be devastating on densely packed Gaza, whose isolation so far spared it from the worst of the pandemic.

According to the World Food Programme, even before the virus more than two thirds of Gazans were "food insecure", citing the blockade as a key factor.

But Israel says the restrictions on Gaza imposed by itself and Egypt are because of the security threat posed by Hamas, which it considers a terrorist organisation.

Compounding the concerns, Gaza health authorities now fear the virus may have entered before Monday's first reported case in the general population.

"The situation is Gaza is very worrying, especially since 70 percent of the population are refugees and they live in overcrowded camps, with often inadequate living conditions," said Dr Ayadil Saparbekov, head of the WHO's Health Emergencies Team in the Palestinian Territories.

He said the Gaza health authorities thought the virus entered Gaza "maybe in early August," but said that was so far an assumption "which I don't want to confirm or to dismiss."