MADRID (Reuters) - Spanish authorities ordered the closure of nightclubs, banned drinking in outdoor public areas and smoking when keeping a safe distance from people is impossible, among other measures imposed on Friday to try to stem a coronavirus resurgence. Infections have spiked in recent days following the end of Spain's tough lockdown seven weeks ago. 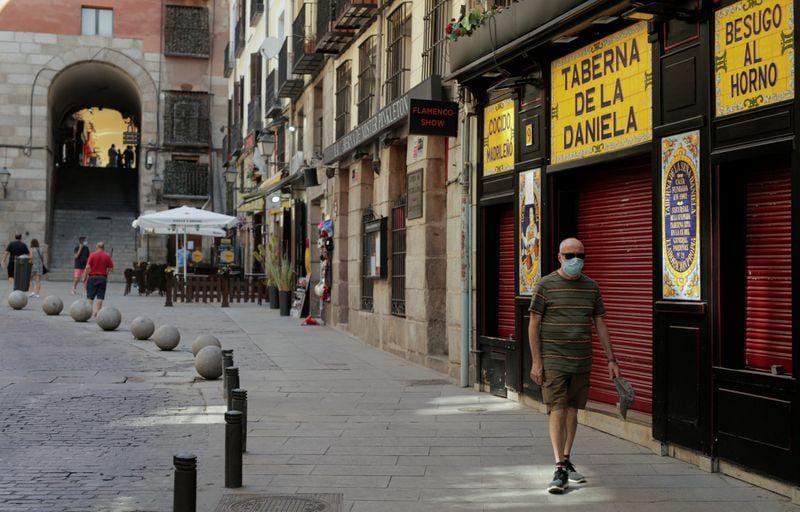 MADRID (Reuters) - Spanish authorities ordered the closure of nightclubs, banned drinking in outdoor public areas and smoking when keeping a safe distance from people is impossible, among other measures imposed on Friday to try to stem a coronavirus resurgence.

Bars and restaurants will also have to close by 1 a.m. as part of the new restrictions, Health Minister Salvador Illa told a news conference.

He also advised against gatherings of more than 10 people and specifically warned young people not to gather outside to drink alcohol, a popular practice called "botellones".

"We cannot afford not to be disciplined," Illa said. "We cannot ignore the virus circulating among us."

Some regions such as Galicia and the Canary Islands had already taken measures to curb smoking in public areas earlier this week.

The increase in infections has led to worries the country could return to the grim situation it experienced in early April when the daily COVID-19 death toll approached 1,000, but Illa played down such concerns.

"The situation is not comparable with March and April," the minister said, remarking that more young people were now becoming infected, many of them showing no symptoms, and patients in general were getting less severely ill.